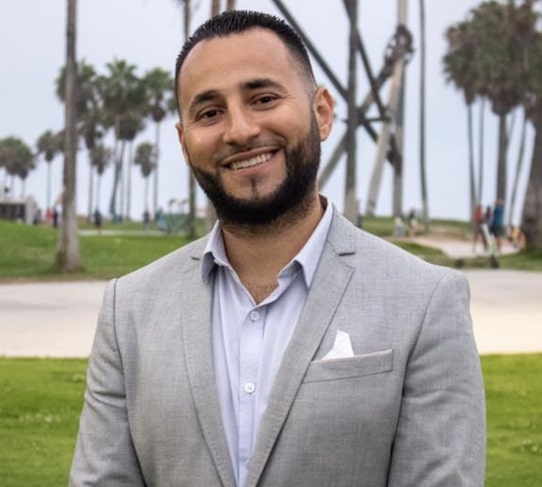 Jorge Contreras will teach you how to build an Airbnb empire without owning real estate. Imagine creating amazing experiences for people at cool houses you don’t own. Yes, it’s totally legal. You get permission in writing from the landlord. It’s called Airbnb subleasing. But what are the steps involved? How much can you make? Can Jorge be trusted? What’s he selling? How much does it cost? You’ll find out shortly. Scroll down for my review of The Real System.

You can be making passive income through Airbnb in thirty days or less. Without buying properties. Without paying for furniture. Stop trading hours for dollars and make money work for you. Run this entire business from your phone. Put people and systems in place so that it’s mostly hands-free on your end. Do something that helps your last name, your legacy, rather than your boss’s. Pass it on to your kids one day.

Jorge makes it sound plenty appealing. Why’s he qualified to mentor you? He used to be a student at the Rich Dad Poor Dad education company. Once he became successful, they hired him, flew him across the country to speak at some of their real estate investing seminars. Problem was, their programs costed tens of thousands of dollars. Jorge wanted this information accessible to the average person.

He broke off on his own and that’s how The Real System was born. By age twenty-nine, Jorge had already escaped the rat race. His Airbnb income had surpassed his monthly living expenses. He was making money in his sleep. He kept repeating his process and by thirty he was a millionaire. Good for Jorge. But how do you actually make money with The Real System?

The first way to make money on Airbnb without owning real estate is through subleasing. You rent a property from an owner and list it on Airbnb. The other way is through cohosting. This is where you manage other people’s Airbnbs and take a percentage of all the revenue generated. It’s a good no-money-out-of-pocket strategy. Of course, you could always buy houses and put them on Airbnb and make money that way. But most lack the capital and credit to do that, so Jorge specializes in the first two methods.

The Real System is a ninety day group coaching program. The online course walks you through the process step by step. You get personal help and accountability from one of Jorge’s coaches. Twenty-four-seven support inside their private Facebook group. Weekly calls with Jorge himself. There are scripts. Templates. SOPs. And much more. Those who are interested can schedule a call with his team. Jorge doesn’t mention a price, but says it’ll cost a lot less than trying to do it all by yourself and making expensive mistakes; or worse, doing nothing and getting no results.

It’s an interesting model. Nothing I saw made me question Jorge’s expertise or integrity. But a lot has to go right to pull this off. Would you agree? You need to find the right types of houses. In the right locations. And then luck out and have the owners be cool with you putting them on Airbnb. And wouldn’t they just go, “Wait a minute, why wouldn’t I just do this myself if it’s more lucrative?” Maybe not. Maybe they wouldn’t want to deal with it. I’m just trying to think of what could go wrong.