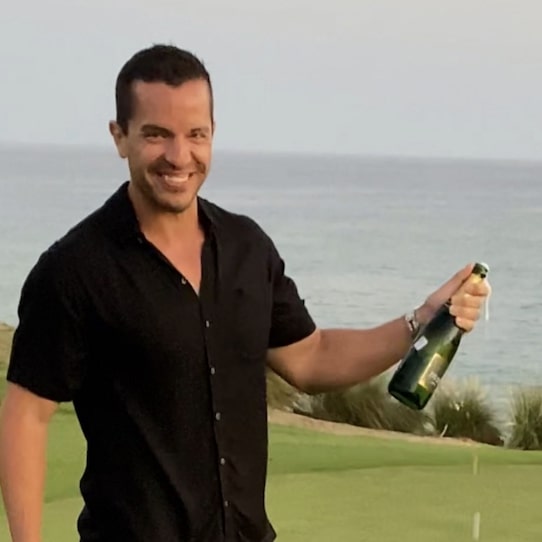 Matt Schmitt is in charge of content and marketing for Skup.net, a Shopify theme and education company. After being in the ecom space for ten plus years, he finally had his ah-ha moment. “It all starts with Googling a repairman,” Matt says, “to get him over here to fix our oven. And I Googled just some random repair company here in St. Louis, and they came over. And I open the door, and the guy they sent was wearing one of my hats.” Read on, review continues below.

“That’s just the beginning of the story,” he continues. “So it gets a little bit cooler when you think about, you know, how the hell did that guy get my hat? There’s a lot of people in the world, right? So I wanted to know more. So I did ask him, I was like, ‘Hey, where’d you get that hat?’ And he knew everything. He knew the brand and the messaging. Loyal customer. Over a year of multiple purchases. And I thought that was really cool.”

“I’d seen my stuff out there before, I’ve talked to people, but I’d never met somebody with a level of loyalty like that. He couldn’t wait to buy some new stuff. So I ended up giving him a bunch of samples, and I thought about just how crazy it is that this thing I created in my room has turned into something so big. Here I just wanted to make some extra money, so I could get my then-girlfriend (now-wife) a ring, maybe eventually get us a house, ya know?”

“And the business morphed over time, as businesses do, but the takeaway here? I guess I just realized something that I probably already subconsciously knew. See, that guy couldn’t of been more happy. He was eager to buy whatever I came out with next. So I turned a side hustle into a business that makes people happy. And if you start putting your customer first, in order to make them happy, then the rest of it kind of falls into place.”

And that’s when, whaddya know, Matt’s revenue grew, his profit grew, his own personal fulfillment grew. Why? Because he was putting his customers’ happiness first and everything else second. And since he and his partner Devin coach people on how to start their own “I Heart You” Shopify stores, well, he sees, firsthand, how nobody really gets it. They’re asking about how many ad sets they should run on Facebook or whether they should split test this image against that one, and so on and so forth, right?

Instead of asking: What does my customer need? What do they want? How can I make them happy? This should be the type of selfless thinking that guides your decisions on what print on demand jewelry to sell, for example, and what the messaging should be, and how you lay out your Shopify store, and what your follow-up emails say, et cetera, et cetera, right? Moral of the story here? If, with each step of the process, you just think about your customer first? You’ll be golden.

“If your retargeting ads aren’t working, you’re probably not giving them the right offer,” Matt says. “Change it up. Ask your customer what they want. Instead of blasting your email list with another promotion, why not take the time to do a survey? Move past thinking that you have all the answers, and into the actual reality that you probably don’t know what the hell you’re talking about.” Awesome advice, huh? And yet, it should be common sense. Just goes to show how in the weeds we get with this stuff.