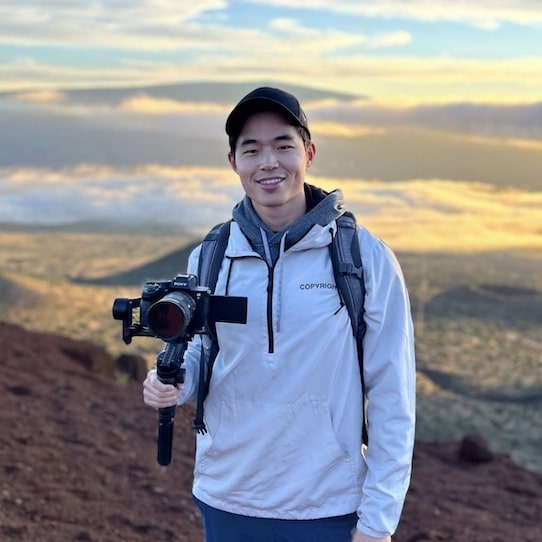 Charlie Chang is a solo serial entrepreneur living in Southern California. He attended UCLA, majored in psychobiology, graduated in 2014, and began applying to med schools to please his parents. He ended up getting rejected from every single one of them. “It got to a point where I disappointed my parents pretty badly,” Charlie says, “and I was living with this constant anxiety about what I was gonna do with my life.” Read on to find out Charlie’s net worth.

“So ever since then,” Charlie continues, “I’ve just been working for myself and building my own businesses. There have been a lot of failures in my life but also a lot of great lessons. Anyways, in the past year, I’ve made about one million dollars in passive income. I don’t say that to brag, I just wanna show you guys, there are so many cool, nontraditional ways to make money. And you should always strive for passive income, not just active.”

Charlie explains how most skillsets cap out at about fifty to two hundred bucks an hour. So even if you work forty hours a week times fifty-two weeks a year, you’re looking at, what, a hundred grand to four hundred grand a year, tops? And while that’s nothing to sneeze at, it doesn’t even get ya into the top one percent of earners in the U.S. To break into that elite category, the first thing Charlie did was build a business that was quote-unquote always on.

For him, that was YouTube. Once he creates and uploads a video, that video goes to work for him perpetually, right? You and I can watch it any minute of any day, can’t we? And thanks to the internet, there’s all kinds of “always on” businesses. You could start an agency, build a blog, launch an ecom store, have a funnel that takes people to a high ticket coaching offer, and the list goes on. But how does Charlie monetize all those video views? Affiliate marketing is one of his biggest income streams currently.

Below each video, you’ll see affiliate links to various resources Charlie recommends. For example, he might direct people to Core Capital Realty to find their dream home. Or to another company to get a mortgage or refinance their current one. Or he might direct someone interested in buying Bitcoin over to Coinbase. Wealthfront, which offers robo-investing for millennials, is another brand I see him promoting constantly. Anyways, if you click any of those links and buy something, Charlie’d get a commission.

What else? Charlie dabbles in Amazon FBA, selling his own private label products. He does some photography, a little modeling, some investing. There’s ad revenue from his videos. Brand deals, sponsorships. He’s got a Hustle Club newsletter he sends out, which usually includes some sorta offer. And then he’s got his courses: 6-Figure YouTube Academy and Personal Brand Masterclass. I’m guessing those will replace affiliate marketing as his largest income source in the near future.

Add it all up and Charlie’s bringing in about a hundred and thirty grand a month. Take out taxes and business expenses and his thirty-six hundred dollar a month modern apartment, as well as the Ferrari 458 Italia supercar he recently picked up for about two hundred grand, cash? And I’d put his net worth at right around the one million dollar mark, depending on what the markets are doing, right? Check out Charlie Chang on YouTube for more.