What Happened To Sam Ovens? 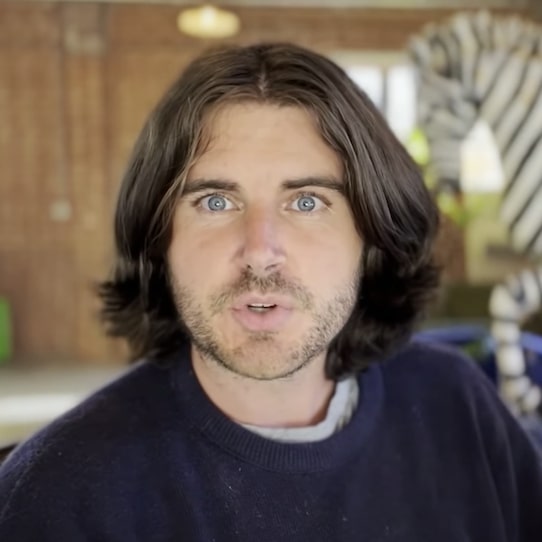 Sam Ovens went MIA about two years ago. He stopped posting on social media, stopped uploading YouTube videos, and I’ve hardly even seen an ad from him, which is really unusual. So what gives? What happened to him? Turns out, a lot. During his time away from the limelight, Sam completely restructured his business, Consulting.com; he started a brand new company called Skool.com; he moved to the middle of a forest for a year; went full hippie; and, oh yeah, he and his wife had a baby.

Reflecting on his social media hiatus, Sam said, “I had grown my company Conulting.com to the point where we were making about thirty million dollars a year in revenue. And I had hired about forty-five people really fast. And I’d also added a lot of things. We were posting on all the different social channels. We had all these different funnels, all these different traffic sources. And it was just a mess. Operations were chaotic. I had to work harder and harder, profit margins were getting thinner and thinner.”

It sucked. Sam basically fell out of love with his business. He decided it was time to hit pause, step back, and figure out how to restructure things. He ended up redoing his website, trimming his offers down to just two: Uplevel, which teaches you how to create a high ticket offer, get clients on demand, and run your business by the numbers; and Quantum, an exclusive mastermind where ninety-nine founders collaborate to maximize profits and happiness.

“We decided to stop working with beginners,” Sam said. “So we dropped our Consulting Accelerator product, and focused only on working with existing business owners. So really what Consulting.com does now is we help coaches, consultants, course creators, and experts achieve what we call ‘seven figure zen.’ Which is when you’re making at least a hundred grand a month profit, with one to two products, two or three remote staff, happy clients, and chill founders.”

“And our team, you know, we used to have about forty-five people,” Sam continued. “Now we have six. And I eliminated all of our traffic sources. Like, I stopped posting on Instagram, Facebook, all of that stuff. We even stopped running ads. And we used to spend a fortune on ads. Our only traffic sources now are YouTube and our newsletter. What’s amazing is we’re more profitable today, at eight hundred K per month in revenue, than we were when we were making two-point-five million a month in revenue.”

Sam also launched Skool.com, where experts can build and run their entire coaching program all in one place, with one login. No more using Kajabi plus a private Facebook group plus Zoom calls; Skool can do all that and more (gamification, leaderboards, etc.) and it’s all under one roof. How much does Skool cost to use? There’s a two week free trial, then it’s ninety-nine dollars per month. Cancel anytime with a single click. Sam gave a quick demo in his latest YouTube video and I gotta say, it looks pretty slick.

To get away from all the noise and negativity, Sam and his wife Ashely moved to this little house in the middle of the forest. Sam grew his hair crazy long. They bought a Jeep and Sam got an electric dirt bike and they would go off-roading and venture out into the wilderness and just enjoy nature. Somewhere along the way Sam put a bun in Mrs. Ovens (What? It was teed up so perfect!), and then, a few months later, out pops this adorable bundle of joy they named Oleria.