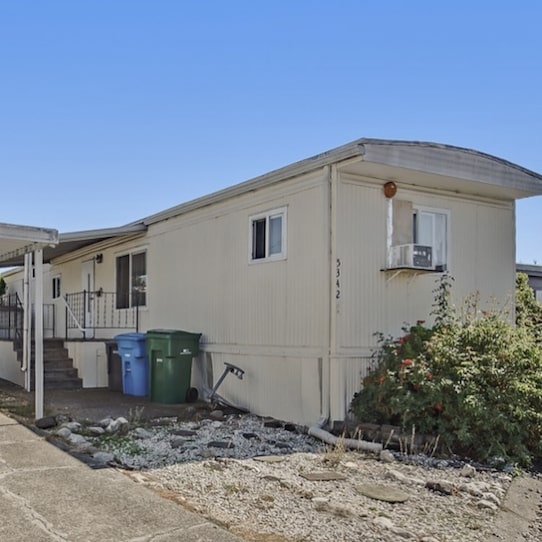 The MHP Tribe says you’re five simple shifts away from financial freedom via mobile home park investing. Quit your job, double your net worth in as little as six months, gain some serious tax advantages, and help provide affordable housing for single moms when their alcoholic husband inevitably leaves them and the kids behind. But enough about my childhood. MHP Tribe Solutions can get you in the game. Yes, even if you don’t have a bunch of money right now to throw down on a double wide. Read on.

Whether your income goal’s $100,000 per year, per month, or per week, it’s possible as a mobile home investor. Don’t let small thinking hold you back, says the guy who’s hosting their “masterclass,” before spending a good 10 minutes squeezing lemon juice into the open wound of your current crappy life. Are you disappointed in yourself because you have not become the person you know you should be? Do you know deep down you were put on this earth to do something more than you have done?

I wish he would just get to the point and maybe find a personality while he’s at it. He tells how MHP Tribe is a group of mobile home park investors with over 2,000 lots under ownership and/or management. They built this impressive portfolio while working full-time jobs and quit the minute they had enough cash flow coming in every month to support their lifestyles. Now they specialize in helping others find, fund, and manage profitable mobile home parks of their own. At least they walk the walk though.

Finally he gets to the shifts that are gonna change everything for ya. First and foremost, ya gotta do it right or don’t do it at all. A big part of this is just being a giver. Treat the sellers that you’re buying from and the investors that you’re partnering with and the tenants that you’re housing with empathy and respect and fairness. Not only is it okay to let them win a little more than you do, but it’s necessary early on to get your foot in the door. Be genuine, think long-term, do not take any shortcuts.

The second shift is to leverage everything: other people’s money for due diligence, down payments, and capital expenditures; other people’s time in order to get things done more efficiently; your relationships to find the key players and resources you need to get deals done; and other people’s experience to avoid costly mistakes, cut down on the learning curve, and get to your goals faster. (I just realized this dude had to have gone through Russ Ruffino’s COD program because his entire presentation’s a spitting image of Russ’s.)

Nevertheless, shift three is to use the 5 Cs of Prosperity: Collaboration with other movers and shakers; Credit to secure multi-million dollar parks even if yours is less than ideal; a Contract to protect yourself; Credibility so others will wanna work with you and your tenants will stay for the long haul; and then Capital, which you’ll have to continuously round up if you wish to expand year over year. Hmm. He’s not wrong but it’s certainly not the most actionable advice I’ve ever heard. Like how, bro?

Shift four is to be okay buying a bad deal. Why? Because even a bad deal’s gonna make you money, and you need to get one under your belt to prove it’s possible. The fifth and final shift—and you never would’ve seen this one coming—is to invest in a mentor. Gee, I wonder if they know anyone. Here we are, 45 minutes later, and I still know diddly squat about investing in trailer parks. Not a fan of the nothingness I just sat through. Or the business model, which, if I read between the lines, sounds super saturated.