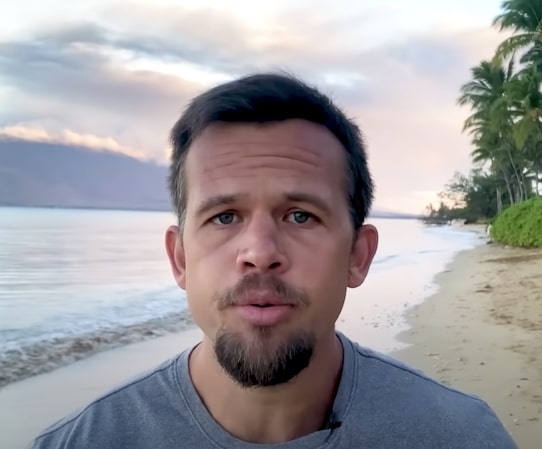 Misha Wilson has a breakthrough new way to make money online. He calls it Misha’s Method. It’s responsible for more than fifteen million dollars in personal sales, he claims. And he’s willing to share it with you, for free, by giving you a digital copy of his book, The Millionaire Breakthrough. The catch? When you sign up, he pitches you a seventeen dollar product called Super Affiliate Commission Blueprint. Is it any good? What should you know about this offer? Scroll down for my review.

Misha Wilson went from twice homeless to Maui multimillionaire. Today, he lives a life most could only dream about. His YouTube ads are almost hypnotic. They suck you in as he recites compelling copy while standing in front of stunning sunsets and crashing waves. Next thing you know, you’ve clicked and entered your email, excited about what you might discover in The Millionaire Breakthrough. But it’s a punch to the gut when, upon opting-in, you’re redirected to a video sales letter for his entry-level product, Super Affiliate Commission Blueprint.

Eventually, The Millionaire Breakthrough does make its way to your inbox. You pop it open and cruise through it, hoping Misha redeems himself. He doesn’t. You let out a big sigh when you realize it’s nothing more than a PDF document telling you: go do affiliate marketing. Which isn’t exactly “new.” Nor is it “breakthrough.” Worse, no specific steps were given. Nope, to get the actual how-to, he links you back to his Super Affiliate Commission Blueprint course.

If you beat the countdown clock, you’ll save ninety percent. That brings the price down to just seventeen dollars. Not bad, but in Misha’s ad he promised this was “one hundred percent free, no credit card required.” Sigh. Is it just me or is Misha’s Method a series of letdowns? And mostly because the guy is so promising. He’s a fantastic presenter. Cool guy. Inspiring story. Unquestionably living the laptop lifestyle we all want. So my expectations are high.

Regarding the fifteen million dollars he’s made online: how much of that was from affiliate marketing? Versus how much was from selling his own courses and coaching programs? For example, in his last business, The Super Affiliate Network, Misha sold a handful of digital products ranging from seven dollars to three hundred dollars. After that, my guess is, he hits you with pricier programs, workshops, and masterminds. Nothing wrong with that, but it would not be affiliate income.

To Misha’s credit, he does maintain an A-plus rating with the Better Business Bureau. Out of thirty-four customer reviews, he has a four-point-four-one out of five star rating. There are eight total complaints, all of which someone on his team has responded to and handled. This changes my perspective a little. Maybe I was too critical of his ad. I mean, sure, I still think he could dial back the hype a bit, but this tells me he’s not out to screw anyone over.

And the guy can definitely market. Anyone who’s this smooth at paid ads, sales funnels, persuasion, engineering irresistible offers, et cetera, is someone you could learn a lot from. So I don’t know. I feel like I’m coming around on this Misha Wilson character. If he patches up some of these holes, I could get behind what he’s doing. And I love affiliate marketing. So yeah, I’m rooting for the guy. Looking forward to see what he comes up with for his next campaign.