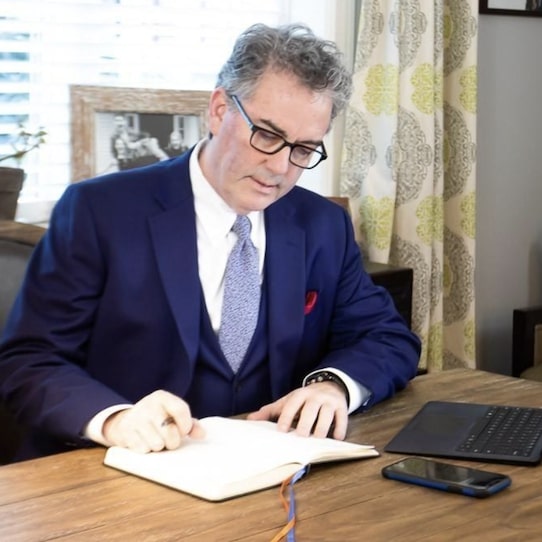 Charles Dobens, Esq., is the founder of Multifamily Investing Academy and creator of the MultifamilyOS Program. “Did you know that real estate has created 90% of today’s millionaires?” Charles says. “I mean, just look around at the most successful people you know. I bet most of them used real estate to build their wealth. But in the world of real estate, multifamily is—in my opinion—head and shoulders above all other categories of real estate investing.”

Not only does it provide stable income for your and your family, but it can exponentially grow your net worth. The perfect blend of assets and cash flow, Charles argues. And anyone can do it, including you. “I know this for a fact because that is exactly what my practice does,” Charles says. “We teach and guide new investors through all aspects of the process of buying apartments. And you could be one of those people. Now, who are my best students? I can place my clients into three categories.”

The first category is those people that just know multifamily is what they wanna do. This was Charles. Growing up, the richest folks he knew owned apartments. Say no more. That’s what he would do one day as well. Second is active real estate investors who’re doing single family fix and flip projects. A step in the right direction, but you’re only as good as your last check, right? Third, you got people who feel like they’re running out of time. Fearful their retirement fund won’t be able to sustain them.

Do you fall into any of those three groups? If so, Charles says you’re in the right place. But understand: this is not a get rich quick scheme. It’ll take hard work. You can, however, create systems so it’s not such a grind. The other thing is, this isn’t a no-money-down business. How much you’ll need will depend on you and the types of deals you’re looking for, so Charles can’t tell you a specific number, but the more capital the better. Okay, so what’s the scoop on his MultifamilyOS Mentoring Program and MultifamilyOS Marketing System?

“Inside our programs,” Charles says, “everyone helps everyone to achieve their best. I’ve never been involved in a business where the vast majority of people have an overwhelming sense of success and achievement in helping other people. But what’s my story? How did I become an expert on multifamily investing? I’ve been in this space for the last 20 years. I’ve been owning and operating multifamily properties not only through this last period of exuberance, but also throughout the last crash, where trillions of dollars were lost virtually overnight.”

This man’s seen the good, the bad, and the ugly of real estate and its cycles. And he gets it: you’ve got plenty of choices when it comes to picking a mentor. Some good, others not so much. But you gotta ask yourself: what makes one expert’s course or mastermind better than the rest of ’em? As an investor and an attorney, Charles has been involved in thousands of real estate transactions. He’s seen it all. Nothing is new and nothing surprises him. He’s identified the same roadblocks that seem to crop up time and time again.

Charles has the tools and techniques to help you overcome these roadblocks. You’ll reach your goals faster and safer with him in your corner. That’s why he’s developed Multifamily Operating System (or OS for short). It includes training, guidance, plug and play marketing, even a virtual assistant (groomed and paid for by Charles himself) to handle some of the day to day tasks. No mention of cost. You’ll have to fill out an app and book a call to learn more. Alternatively, you could always just click below.