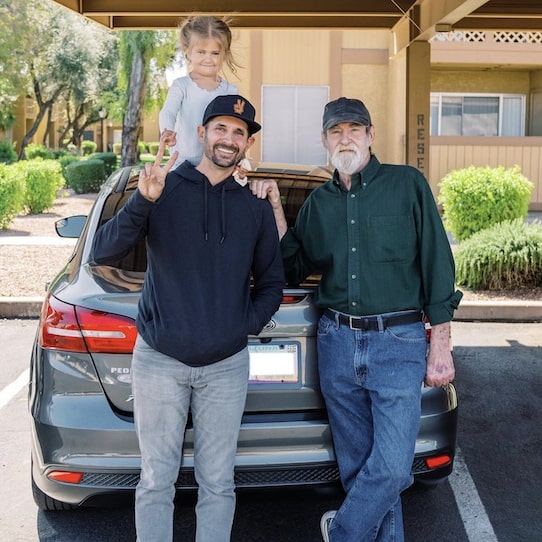 Pace Morby, the dude who can’t stop throwing up the peace sign, also known as the subto guy, has made a living taking dead leads and turning ’em into profitable deals. He does this all over the country, usually with his A&E Triple Digit Flip costar, Jamil “I look like a caricature of myself” Damji. Anyways, yeah, no cash, no credit, no credentials—how I like my boyfriends, apparently, is how Pace likes his deals. Here’s what you need to know.

“If you’re trying to get into real estate investing,” Pace says, “you know how challenging these leads can be. Most sellers end up wanting way too much money for their house. You’ve probably ran into this situation before. You’re looking at a house, you comp it on Zillow, the MLS, whatever, and you find out it’s worth about $200,000. Obviously, that seller’s gonna know that, so they’re gonna be asking for at least $190-, $195,000, right? Maybe more. Maybe $210,000. That’s the economy that we’re currently in.”

And as houses become more scarce, that trend’s only gonna continue, Pace forecasts. So what’s the solution? How ya gonna make money? Say you’re sending out mailers, running ads, whatever, and you’re getting 100 leads a month. Right now, you’re lucky if 10 of ’em are even workable, right? Meaning, sellers that have a strong desire to get rid of their property as fast as possible. But what about the other 90 leads? If you’re a wholesaler, you’re calling those leads trash, aren’t you?

“But they’re not,” Pace says in one of his videos, a scarf around his neck like he’s David Beckham or something. “Wholesaling is becoming outdated. It’s becoming obsolete. So if wholesaling is the only thing you’re doing, you’re not gonna make money in this business. Not long-term anyways. It’s not sustainable, not scalable. In fact, most of the wholesalers I know are stuck going to appointments, stuck working the phones, because they don’t make enough money to put people and systems in place.”

And that’s where Pace Morby waltzes in, holding up that patented peace sign. His unorthodox strategies can help you revive some of the other 90 leads so that you’re way more profitable—just with what you’re doing now in terms of lead generation. What kinda strategies we talking about, P? Well, there’s subject-to, obviously. But other tools in his belt include seller finance, hybrid deals, novation agreements, lease options, sub-tail, agreement for sale or land contract, and that’s just scratching the surface.

There’s two things I like about Pace. One is, he actively does deals to this day and goes out of his way to prove it. I’ve reviewed countless real estate investing courses and coaching programs and hardly any of ’em do that. Second, he addresses the elephant in the room. Which is, Pace, buddy, if you’re so good at this, why teach? “I’ll tell you why I teach,” he says bluntly. “Because the people I teach—my students—they’re the ones who end up bringing me deals. So the more people I share these methods with, the more deals I can do.”

“And if you look up reviews on me,” he adds, “whether you go to my website or you look on BiggerPockets or Trustpilot, you will see that I’ve built one of the best real estate investing communities in the entire country. We all do deals together.” Fair enough. And I’m sure there’s value in learning his creative approach to dealmaking and even being able to partner up with him, but then, if that’s his real motive—to have you go out and fetch him a buncha deals—why charge $7,800 for the course? Why not just train you for free? Ya know?