Philip Smith Reviews How He Achieves So Much 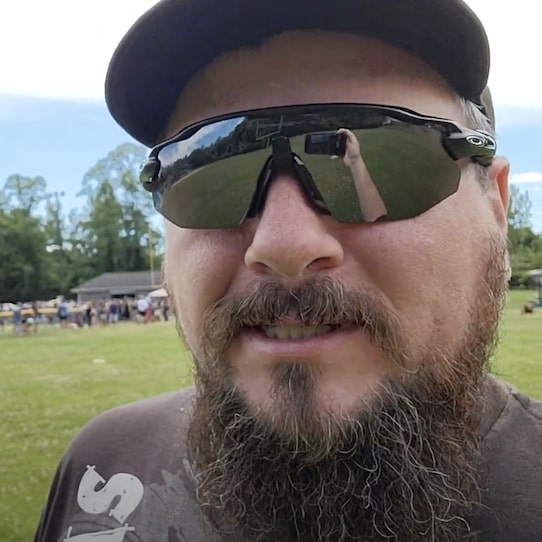 Philip F. Smith is a two-time Inc. 5000 honoree. You probably know him for his awesome beard and that Lambo he makes YouTube ads in to promote Loan Broker Network. Which, of course, that sleazeball Kevin Harrington has also slapped his spray-tanned face on. (Is there any biz opp that crusty old Shark won’t promote?) Anyways, Phil here, just got done watching his son’s baseball game and stepped away for a minute to share this message.

“So real quick,” Philip says, “my wife kinda mentioned this to me today. Figured I’d make a video on it. So, the one thing that has made me more successful than I ever thought I’d ever be? Because I grew up poor, water was always getting shut off, electricity got shut off, had to use public transportation, all that fun stuff. Never thought I’d own a Lamborghini and be able to sell houses and make money there too, and, ya know, be in the real estate game and everything else I’ve done.”

“But anyway,” Philip continues, “give ya an example. So, ya ever play the game Wordle? If you haven’t, go check it out. Basically, you have to guess a five-letter word and you have six tries. So, when I first started playing the game, I was like, ‘All right, I just wanna get it done and figure it out.’ I’ve never not guessed the word. It’s just a once-a-day thing I do on the New York Times’ website. So, at first, ya know, I just wanted to get it done. Then I thought, ‘Let’s push it a little, let’s see if I can get it in no more than four tries.’”

“And it keeps stats for ya. And four tries, ya know, got easier. And then I was like, ‘All right, let me do three tries.’ So today I got one in five tries, ya know, it was a harder word today. A word I didn’t even know existed. And uh, my wife just laughed at me because I was like, ‘Damn, I wish I got it in at least four.’ So she’s like, ‘Are you kiddin’ me?’ So, but that’s how I am with everything. Everything in life I wanna do a little bit better. Doesn’t matter what I achieve, I push myself to get a little better, little better, little better.”

Point being, that’s just how Phil rolls. That’s how he approaches pretty much everything he comes across. And look, he gets it, not everyone’s wired that way. If you’re happy with where you’re at in life, good on you. “This is all personal, right? It’s whatever you wanna achieve,” he says. “But, I’m just sayin’, for me, that is a big driver of my success in everything I’ve done. I keep pushing myself. It doesn’t matter where I’m at or how much success I’ve already had. I just keep pushing myself to get to that next level.”

It’s not that he’s never happy. It’s about exploring his limits, basically. Trying to actually reach his potential. “We’re gonna die one day, ya know, and I just wanna achieve things I never thought were possible. For someone who came from where I came from; all my friends were in jail by the time I was 21; I got arrested a bunch of times, committed a lot of crime in my late teenage years. But anyway, so, that’s it. So hopefully this motivates somebody. Push ya in a different direction, help ya out.”

Might sound sorta cliche, Phil realizes that, but at the same time? Sometimes ya just gotta hear something in a different way for it to really click. Other than that, Phil’s planning on spending the summer traveling and making memories with the fam. “That’s why I do what I do. That’s why I bust my butt and put my time and effort into my businesses. But everything’s going well, no complaints, and I guess we’ll see what happens, all right? You guys have a good one.”