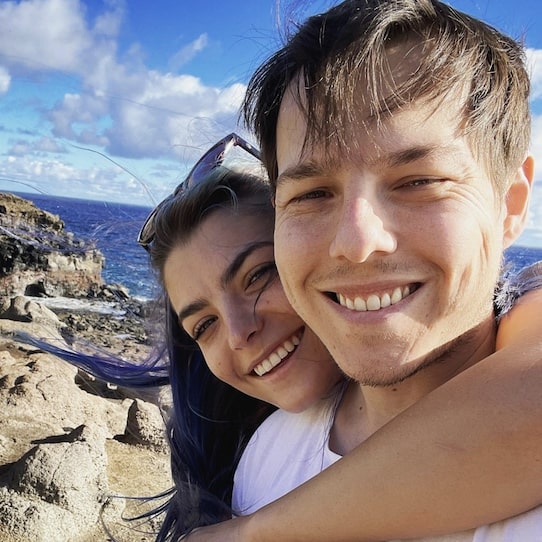 Graham Stephan says Celsius (an app that lets you buy, borrow, swap, and earn crypto) was marketed as a company that would always put their community first. They claimed to offer military-grade security. Next-level transparency. And everything you need, all inside one handy-dandy app, to reach your financial goals. Sounded great, right? Until it wasn’t. “Celsius may have taken it too far,” Graham sighs. Scroll down and keep reading for the full story.

“One of the first signs of trouble came in April of this year when the SEC ruled that only accredited investors on their platform would be able to earn the rewards [they were promising],” Graham explains. “Along with several states who opened up an investigation into the inner workings of Celsius, alleging that they crossed over into the world of offering securities. Of course, Celsius denied those claims, saying they would always work with regulators to operate in full compliance with the law.”

“The issue comes with the concern that crypto lending should be classified, clearly, as a security. And therefore, regulated as such. Which, it isn’t. But there’s more going on here. Because, while other platforms offer similar services, they aren’t having liquidity issues. Whereas, Celsius is at risk of a total collapse. This all allegedly begins with what’s called ‘staked ETH,’ which allows users to deposit Ethereum as a validator for a fixed interest rate. No different than you lending me a dollar and me giving you an IOU for a dollar back.”

But where it gets confusing, Graham says, is when Celsius then goes and borrows against your staked ETH for a higher return to help pay you back with even higher rewards. Is your head spinning yet? Yeah, me too. Now, this business model works as long as one Ethereum is equal to one staked ETH. But as the market dropped over the past few months, too many people wanted to cash out all at once, leaving Celsius seriously strapped for money, right? So they halted all transactions to try and come up with a solution.

Come to find out, though, Celsius did have a buncha fine print saying basically, “Look bro, there’s a chance you could lose some or all of your money. Them’s the breaks.” So yeah, Graham’s not holding his breath that he’ll ever see his money again, although he doesn’t say exactly how much he had on there. “It stings but it coulda been worse,” he admits. “From the very beginning I’ve been saying I’m only gonna put a small percentage of my portfolio into Bitcoin and Ethereum. That’s it. And I used five different platforms to invest in those assets, with varying amounts in each.”

We’ve all heard the phrase “not your keys, not your coins,” so Graham was well aware of the risk of having his digital assets just sitting in these exchanges. “Anyways, a portion of my holdings were caught in the [Celsius] crossfire, like everyone else. Luckily, it’s an amount that I won’t lose any sleep over, and it’s a small amount of my overall cryptocurrency portfolio. Simply the ‘cost of doing business’ for the sake of research. But that does not excuse the fact that many people have invested their life savings.”

Graham wants to see strict regulation around this kinda thing so it never happens again. Problem is, that won’t happen overnight. And, in the meantime, if the crypto market continues to crash, we could see the unraveling of other platforms people have money in. Graham makes a good point though. Any time you’re trying to get above-average gains, this is a great reminder that you’re also taking an above-average risk, right? It’ll be interesting to see if Celsius can complete a Hail Mary to get people their money back, but I highly doubt it.