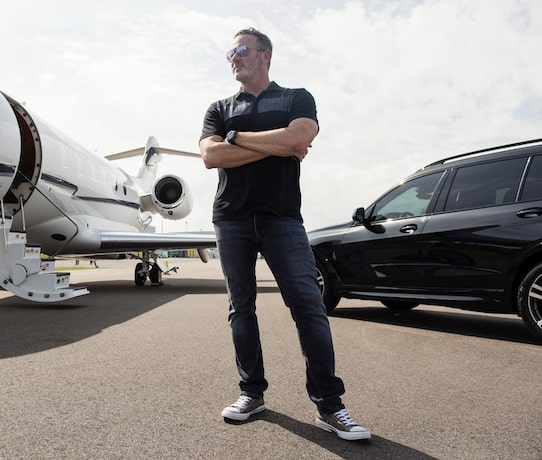 Ian Bentley is the former founder of Autotropolis, which was acquired for twenty million. He is now focused on helping digital agencies escape the red ocean. Want him to install the proven systems and automations they used to build an eight figure company? And go from struggling solopreneur to at least a seven figure agency owner yourself? If so, Ian says he’s your guy. Can you trust him? Let’s find out. Scroll down for my Pivot and Scale review.

Does your agency feel more like a never-ending hamster wheel than a business? Then stop peddling services and start doubling down on your clients’ results. And productize your offer. Onboarding a new client should take an hour or less. And they shouldn’t be able to bug you going forward. “Can you change this picture?” “I don’t like the headline you used in that Facebook ad.” “Shouldn’t the landing page have my logo at the top?” Say goodbye to all that.

Sounds great, right? How do you do it? You switch to a pay per lead model, Ian explains. And that could be a name and phone number, a completed survey, full-on appointments, anything. This is what the top agencies in the world do; and they’re laughing all the way to the bank. The cherry on top? You’ll be building an asset that you can package up and sell one day. Remember Ian’s eight figure exit?

Ian also believes in creating your own brand. Being able to make a name for yourself in one industry, and becoming a leader in that space. Interested? Well you would need to have an existing digital marketing agency; still charging monthly retainers; but you’re sick and tired of the bottlenecks, the slow growth, the churn and burn. That’s who Ian wants to work with; not just someone who’s looking for a way to make their first buck online.

Ian’s formula has three components: choose a niche, set up a third party brand and website, distribute the leads you get to your agency clients on autopilot. Read that back. The leads you get are what you sell. So once you’ve “turned on the faucet,” there’s no more client work. You’re not setting up new ads, landers, tracking, software, and systems each time someone signs up to work with you. Rather, you point some of the incoming leads their way and charge them an agreed upon amount per lead.

You’re swapping a clunky service for a lightweight, scalable product. Ian’s Autotropolis agency once had over seven hundred clients paying them for leads. You could never do that selling, say, custom Facebook ads for real estate agents. Problem is, the transition isn’t easy. And that’s where Pivot and Scale comes in. Ian calls it an “executive agency program” that breaks down the systems, automations, tools, and resources he used to build his eight figure pay per lead agency.

You’ll need to fill out an application to apply. Someone from Pivot and Scale will give you a quick call, see if you’re a good fit. If so, you’ll get an invite to join. You must be business-minded. Already know how to run ads. Not looking to get rich quick. Understand there’s going to be work required on your end. Ian does not say how much his Pivot and Scale mentoring costs. I would guess at least ten grand.