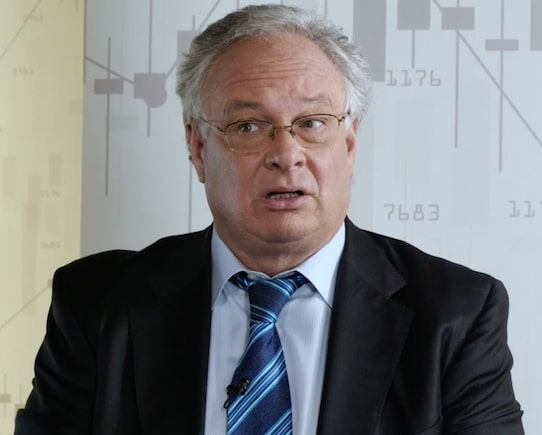 Louis Navellier warns, if you skip his YouTube ad, it’ll be the biggest financial mistake of your life. He claims he’s a one percenter. And manages over a billion dollars for America’s wealthiest elite. “A huge economic shift is about to take place,” he says. “One that’ll make the rich even richer. While, at the same time, bankrupting countless others. Few people know any of this is about to happen.”

Even those who are in the know, Louis continues, don’t have a clue about what to do or how to prepare for this supposed upcoming economic shakeup. Which is a shame. Because, if you’re on the right side of this shift, you’re virtually guaranteed to make a fortune, he explains. But if you’re on the wrong side, you could lose your job or your business.

Luckily, Louis has prepared a free presentation to enlighten all of us. Every American can benefit from clicking-through and watching this video, he says. Whether you have $500 in savings, or $5 million. Doesn’t matter. But don’t wait. The information is so controversial, it could be taken down at any moment. “I urge you to watch this video before it’s too late,” Louis says, as the ad comes to an end.

At this point, I’m thinking, “This guy’s full of you-know-what.” I also didn’t appreciate how he used fear and fake scarcity to get you to take action. My curiosity was piqued. But not in a good way. I wondered: was Louis Navellier credible at all? And what was he about to pitch? And how low was he willing to stoop in order to take people’s money? The answers weren’t pretty. Read on.

After clicking on Louis Navellier’s YouTube ad, I ended up on a website called InvestorPlace. There, I sat through what was, essentially, a long-winded infomercial where the “host” lobbed questions at Louis who then seemingly read from a script to knock them out of the park. It was all a carefully concocted buildup to Louis’ latest program, Project Mastermind. The tagline said it all: “It’s a retirement game changer that promises to deliver $50,000 in payout opportunities over the next 12 months by finding stocks poised to soar.”

Now I’m annoyed and mad. Hype is one thing. Exploiting soon-to-be and recent retirees is a whole nother thing. How predatory! You know they no longer have a paycheck they can count on. You know they’d do anything to protect their nest egg. Then you imply Project Mastermind members will see 100% returns in a matter of months? Gee, that would sure make retirement a lot sweeter, now wouldn’t it? Unbelievable. And yet, it gets worse.

Project Mastermind costs $1,999 per year. But only if you order today, Louis says, trying to keep a straight face. Otherwise you’ll pay the everyday price of $2,500. Either way, it’s money Louis Navellier will probably use to pay back the SEC after being sued for millions of dollars for defrauding investors. Apparently, how he got all those super rich clients he mentioned back in paragraph one was by lying about the past performance of his investment advisory firm. Based on what I just witnessed, it’s clear Louis Navellier has not learned his lesson.