Rasmus And Christian Mikkelsen: A Mistake Was Made 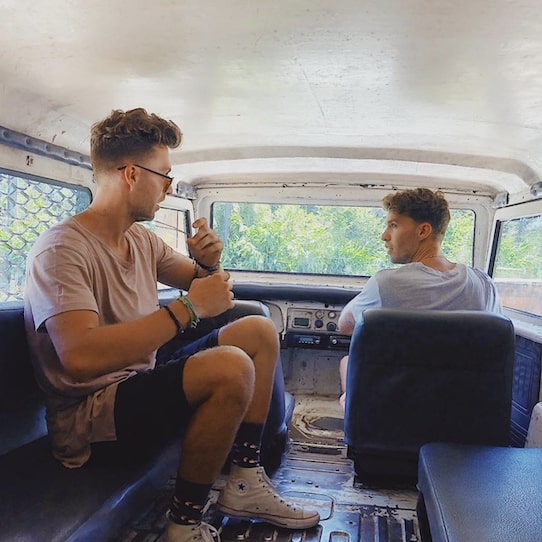 Twin brothers Christian and Rasmus are the creators of Audiobook Income Academy. As the name suggests, it’s a course and community that teaches you how to make passive income selling audiobooks on Audible. And no, you don’t have to write or narrate these audiobooks yourself. Inside their program they teach you how to outsource the entire process. After mentoring thousands of students the last couple of years, here is the most common goof they see beginners making. Reviewed below.

It’s this: publishing life noobs simply don’t understand how important reviews are. You can’t just throw up an audiobook with no reviews and expect it to sell. Even if you get five or ten positive reviews, still, it might not be enough. Assuming you got the basics right, how many reviews you have is probably the number one predictor of success. On an AIA coaching call, Rasmus tells a student his magic number is, he likes to have at least a hundred reviews to launch with.

And if you keep going beyond that, like say you build your way to one thousand reviews over the next one to two years: well if you do that, that one book could literally bring in enough money to pay for all of your bills each month. “But yeah, if you’re the top book with the most reviews in your niche or sub-niche, you’ll rank at the top of the search results, and when people compare your audiobook to everyone else’s? They’re gonna go ahead and pick yours almost every time,” Christian adds.

Rasmus sprinkles in another good point: just think about your own behavior when you go to buy something. Maybe you’re scoping out good Mexican restaurants to eat at, that are close to the Airbnb you’re staying in, right? And a handful of ’em pop up. Which one are you gonna pick? La Loma, which has zero reviews on Google? El Cholo, which has, let’s say, five reviews for an overall rating of four-point-one? Or then you notice Taqueria Cantina, which has over a thousand reviews and an overall rating of four-point-five. You’re picking that one, aren’t you?

“So I really really want people to understand the importance of getting lots of reviews,” Rasmus says. “And this is just a function of doing the same thing over and over. And my favorite way to do that is to use Facebook groups. There are Facebook groups for just about any niche you can think of. It’s not hard, but it does take time. It’s repetitive. It’s not very exciting [begging people to go review your audiobook on Audible], but it does work and it’s very much worth it. So you just gotta do it.”

One of the other AIA coaches, Oliver El-Gorr, offers some tough love: “You have to do things that don’t scale in order to scale. You have to do the outreach. You have to do the hard work at the beginning to then hit the point where you can scale exponentially without [being involved] yourself. Same as Christian and Rasmus, who did the outreach to get all these testimonials for Audiobook Income Academy. And then they scaled. With ads and a team. But you don’t get to start there. You haven’t earned the right yet.”

Overall, pretty solid, straightforward advice. I don’t disagree with Oliver though. It does sound like it would suck to get your audiobook all done and then have to spend the next however many weeks asking strangers on Facebook for a huge favor before you can start making sales. I would just encourage them to actually listen to the audiobook and review it honestly though. It’s not very ethical to get a bunch of people to leave fake five-star reviews, is it? So I’m hoping they encourage real reviews inside the AIA course.