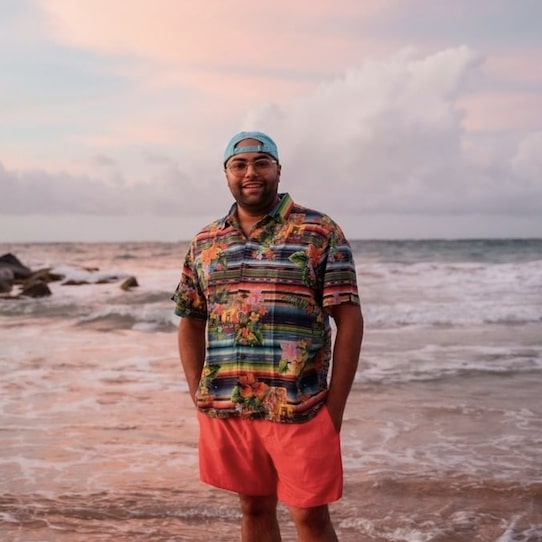 Joshua Crisp was making a little over seven bucks an hour at his day job after he dropped outta college. He knew he was destined for bigger and better things, but hadn’t a clue how to get there. Eventually he hired a mentor who directed him towards Amazon. His first three product launches flopped. Luckily, he stuck with it. Product four was a smash hit, and now here we are. Joshua is a mentor to thousands of aspiring AMZ sellers. What’s his net worth? Read on.

“Some people subconsciously believe that success is luck,” Joshua said in one of his YouTube videos. “That you have to try something new and be lucky. But really, there’s no luck involved. I want you to understand that a true failure is [either] not starting or giving up. That’s the only two ways that you can fail. Any scenario, anything that you think about when it comes to failure? Will be around you not starting because of X, Y, or Z, or you giving up because of X, Y, or Z.”

“That way you can have that financial freedom, location independence and happiness, doing something you love and having your money work for you, without you working for it. Right? Now, on the success side, you may be saying, ‘Well, Josh, what’s the hack?’ The funny thing is, with success? It’s guaranteed if you do not give up. When you start something new, guess what, you suck. But if you’re consistent, if you don’t give up, you will get better. Just stick to the course.”

“I tell everybody that wants to start an online Amazon business, listen, there’s two million sellers, a hundred and fifty million plus SKUs, and thousands being added every single day; it’s inevitable, it’s impossible for you not to find a [winning] product. But you know what is possible? For you to get frustrated and give up. For you to test the product and it not work, and then you give up. So train your subconscious mind on these things, on every business opportunity you start, and it’s gonna increase your odds of becoming successful.”

From there, Joshua’s adamant about investing in yourself. Even though he never graduated high school, he’s spent well over six figures on self education. As a result, he’s made multiple seven figures online. When you acquire knowledge, you can pour that into any business or investment to grow your wealth exponentially over time. Yes, there’s benefits to doing things yourself and learning through trial and error, but you’ll earn more, faster, by paying someone who’s already done it, to guide you.

Joshua Crisp has a handful of income streams. Obviously, he makes money selling physical products on Amazon. He makes even more selling his Amazon FBA private label course, The AMZ Formula. He recently came out with another course on growing your Instagram following, called The IG Challenge. He sells merch and earns ad revenue on YouTube. There’s affiliate marketing and sponsorship deals. And then all of his investments: stocks, crypto, real estate, et cetera. All told, his net worth is approximately three million dollars.