The 300 Frameworks Of Wealth Review 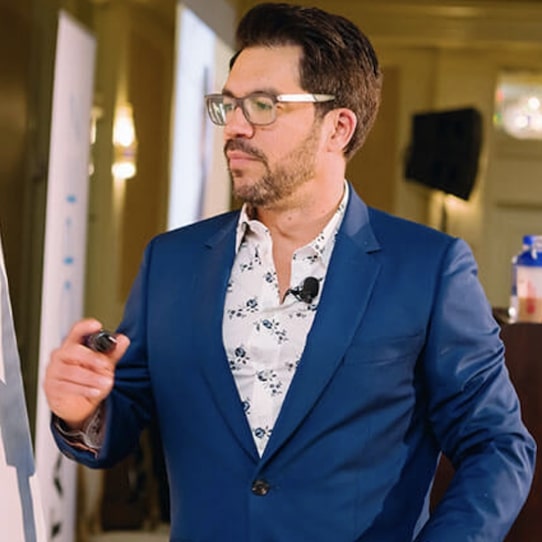 Tai Lopez wants to know how many mottos you have when it comes to making money. One thing he noticed when he got his first mentor, Joel Salatin, the guy had all these sayings. Make haste slowly, for example. And those things stuck with Tai over the years. They were foundational to his many successful business ventures. He retaught many of them in his flagship course, The 67 Steps, back in the day. Hundreds of thousands of people went through that program, including me.

Fast forward six years. “I have a lot bigger businesses now,” Tai says. “[I] do global business. I’m one of the biggest M&A [mergers and acquisitions] people, especially when it comes to intellectual property, in the U.S. Me and my business partner Alex basically, last year, we bought the most brand IP in the United States. Which is basically more than any private equity firm. More than any conglomerate, not even private equity firm. So The 67 Steps? I got something better now.”

“I use what I call The 300 Frameworks,” he continues. “Based loosely on the concept of the movie 300. I was like, sixty-seven’s not enough for me to create wealth, because the world’s changing so much. It’s like wild, the disruption that’s going on. So I built a program. And I own twenty-three brands now. Some of them I bought, some of them I built from scratch. Some are very big, some are smaller. MentorBox is a profitable business; fifty thousand paying customers.”

“And these 300 Frameworks, I use to train; I have like twenty-three leaders, CEOs, and presidents of different companies. Last month I hired a hundred and fifty people. So I’ve never made this publicly available, but I decided to do a test group and I made it irresistible. It’s a buck. You can try it for three days. You can go through some of the frameworks; if it’s garbage, you can cancel the thing before the three days. And this stuff you’re gonna learn is so advanced, they wouldn’t teach you it in business school.”

Needless to say, Tai’s supremely confident in this offer. He’s building businesses that do nine figures in revenue. There oughta be something in The 300 Frameworks that’d give you a return on your investment. By the way, after the one dollar trial, it’s just seven bucks a month or fifty-nine dollars a year. Cancel anytime. Each framework is a five to ten minute lesson. “I want ya to take the next four months and change your life,” Tai says. “Financially. The 67 Steps were about life in general; The 300 Frameworks are just about wealth and business.”

Enterprise value, liquidity, and cash flow. That’s what you’ll be learning about. People, product, pricing, promotions, placement, profit, all the Ps, Tai says. And some of the frameworks you won’t even need. Some’ll be too advanced for you. It’s all about overdelivering with this offer. Plus he’ll throw in a bunch of bonuses, monthly Q&A calls, all kinds of good stuff. “If you wanna learn how to make money with a simple system, that’ll allow you to do whatever you want? I challenge you to go through this and tell me you didn’t get value,” Tai says.

Tai believes you’ll get a hundred X return on the small investment he’s asking you to make. This is the mentorship Tai wishes he had when he was eighteen years old, just getting started in business. And what a time to take these lessons and run with ’em. In this no-code digital age, where you can drag and drop your way to an ecommerce store and spend ten bucks on Facebook ads and be in business by the end of the day, right? I like the offer, but I bet you get peppered with upsells once you buy.