Reviewing The Mikkelsen Twins’ Net Worth 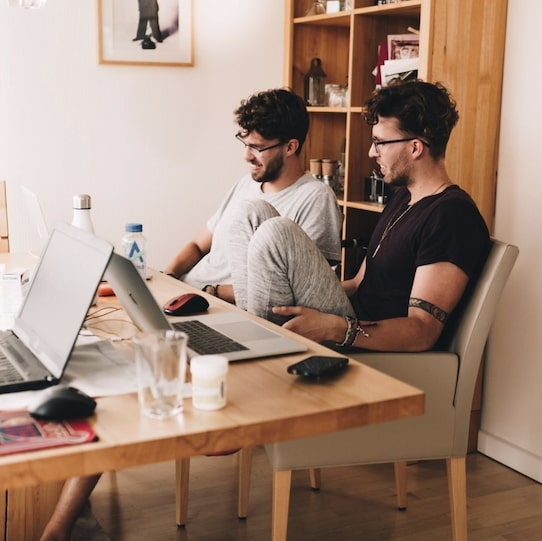 Christian and Rasmus Mikkelsen are the twin brothers behind The Publishing Life. They sell a course called Audiobook Income Academy which teaches you how to make passive income through audiobooks. It costs one thousand nine hundred and ninety-seven dollars, or three installments of seven hundred and ninety-seven dollars. It’s obvious that the Mikkelsen twins make the majority of their income from course sales these days. Do they still make money practicing what they preach? Did they ever? What is their net worth? Read on for my review.

Rasmus and Christian were both incredibly shy throughout school. They went largely unnoticed. Never talked in class, dreaded being called on by the teacher. Nobody would have guessed they would one day make a living putting themselves in front of millions of strangers on the internet. In fact, after graduating high school, it looked as though they were destined to be losers. They moved to Denmark for a couple years. Smoked weed, bounced from one job to the next.

Then, in 2015, they hit rock bottom. Ended up moving back to their home state of New Jersey to live with their parents. What were they going to do with their lives? How could they contribute to society? They were an embarrassment. The Mikkelsen twins sat down and had a heart-to-heart. They needed a change and they needed it now. They decided to enroll in a local community college. They took it serious, got straight As, and built some much needed confidence.

A few nights a week, they delivered Chinese food to earn some extra cash. While driving around, Christian and Rasmus would listen to audiobooks and self-help podcasts. Eventually they looked up ways to make money online. That was it. Screw finishing school. They were about to be rich. Rasmus started dropshipping while Christian began self-publishing. A year later, Christian was doing better than Rasmus, so Rasmus joined him in the publishing space.

They did Kindle publishing in the early days. They would have eBooks ghostwritten and sell them on Amazon. Later they figured out how to have someone narrate those books into audio format (aka audiobooks) which they could sell on Audible. It worked. In January 2017, Christian had his first one thousand dollar month. By December of 2017, he was doing ten K a month. They made books on CrossFit, the keto diet, BBQ recipes, how to get straight As in college, Python programming, all sorts of stuff.

Becoming digital nomads was the next logical step. They moved to Thailand and lived like kings on like fifteen hundred bucks a month. From there they hopped around. Bali, Australia, Croatia, Spain, Hawaii, Mexico, Japan, Egypt, Italy. All thanks to the publishing business. “That was the most insane experience of our entire lives,” Rasmus said, “just traveling, making money, and doing whatever the hell we wanted.”

But a stupid mistake almost ended it all. Christian got greedy. Translated one of his books into different languages, started making more money, but got too many poor quality strikes (the translations were not great), and got banned from publishing. It was do or die. Figure something else out or tuck their tails and move back home with mom and dad. They chose do. Began uploading YouTube videos discussing their experience with self-publishing. AIA was born. Now they make millions selling that. We ballpark the Mikkelsen twins’ net worth at three million each.