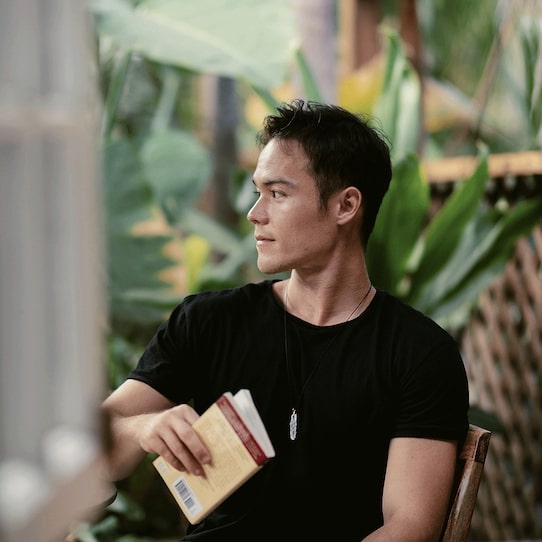 Sean Dollwet runs his own Kindle Direct Publishing business. He makes multiple 6-figures with it. And to think, he almost didn’t do it. He had been looking at Amazon FBA, Shopify drop shipping, remote closing. Then one day, he hears about a concept called self-publishing. “I heard of a couple people who were making a killing selling books online that they didn’t even write themselves,” Sean said. “And the more I looked into it, the more interesting it sounded.”

“It was a very simple business model,” he continued. “It was way easier to make money online as a beginner [with this] than it was with any of the other stuff I was looking into. All you needed was a laptop and a WiFi and it just sounded really good, so I gave it a shot, published one book. It did really well. I published a second book. It did really well. And it just kept going. If you’re looking to get into the self-publishing space, what I would say is, you don’t wanna overcomplicate this.”

“Again, it’s a very simple business model. So just publish your first book, learn from it, and improve on what you can improve. And then publish your second book. And just keep going. The hardest part of KDP—and it’s a cheesy answer but it’s true—is just getting over the fear of putting that first book out there. Because when you’re just getting started, you’re not sure if it’s gonna work for you; you’re scared to invest the time and effort and money into doing everything.”

“So that’s the best advice I can give. Force yourself to get that first book done, put it out there, prove to yourself that this business model works. Then you can go and rinse and repeat, publish that second book, then the third, and so on and so forth. Contrary to what others think, KDP is still a very viable business model. There’s a lot of people still crushing it with KDP. And I still do believe it’s an easier business model than, say, Shopify or FBA or affiliate marketing or blogging.”

Sean’s tried some of those other side hustles. For him, nothing’s been as consistent or as fruitful as Kindle publishing. Anyone who wants to generate a semi-passive income online should at least consider it. There’s no customer service; no shipping and handling; no storing any inventory in a warehouse—or worse, your own damn living room; and you can literally work anywhere. A true laptop lifestyle opportunity. Who doesn’t want that? And yet, with this, for anyone willing to do their part? It’s possible.

But what if you know nothing about writing (or outsourcing) books? Not a problem. Sean doesn’t either. There’s experts at outlining and writing and editing and designing digital books all over the internet. Even voice over specialists who can turn ’em into audiobooks to be sold on Audible. You just pay them, let them handle it all for you. If you can devote 30 minutes to an hour a day—and a little bit of cash—to overseeing it all, Sean believes you can do well with this. Question is: How well, right?

Sean’s got students doing a couple thousand bucks a month, on up to 6-figures a year, like him. What you put in is what you get out. But there’s three main ways to scale up. You can publish more books; or spend more on ads to promote your current books; or use your books to drive back-end sales. Sean covers all this and more inside his Royalty Hero course. No mention of cost. It’s by application only. I liked what I heard, but I prefer to run a leaner biz with no outsourcing and no ads.