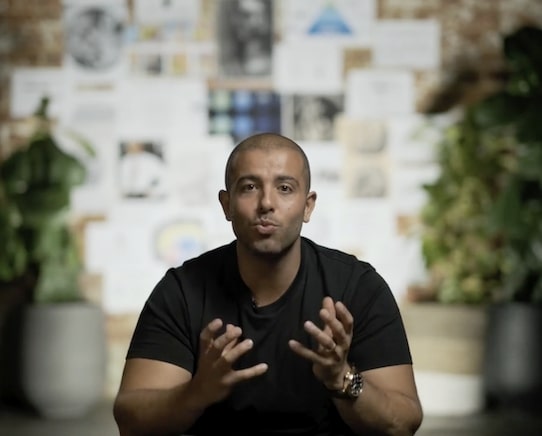 Sabri Suby was raised by a single mother who worked three jobs to provide for him and his sister. He started his business career with only fifty bucks to his name, got his teeth kicked in for years, and yet, today he runs King Kong, Australia’s fastest-growing digital marketing agency. How’d he do it? What’s his net worth? Find out all that and more by reading my Sabri Suby review below.

At age sixteen, Sabri got his first job. He sold ink cartridges over the telephone, working out of an old shipping container that was converted into an office. With no air conditioning, Sabri jokes that it was a literal boiler room. He would make three to four hundred cold calls a day. He sucked really really bad at it. So much so that he was given a week to turn things around or he’d be fired. Whether it was motivation or desperation, Sabri came back the next day a new man.

He started approaching sales like a game, and it worked. Three weeks later he was the top salesperson at the company. That led to all sorts of other sales jobs where he sold one-to-one, one-to-many, even the dreaded door-to-door. Mastering that frontline customer conversion was the gateway drug that got Sabri interested in business. He would go on to launch a handful of different ventures. Some of which he ran into the ground; others he was able to sell for a profit.

Eventually Sabri realized that every job and business he had been a part of had the same problem: not enough customers. And at this point, by necessity, he had gotten pretty good at solving that very problem. So he decided, why not fill the gap in the marketplace and do it for other businesses? And that’s how King King was born. Today, they have a team of more than seventy people, clients in eighty-three different countries. Collectively, they’ve made them over one-point-three-three billion in sales.

Greatest challenge? Getting clients to understand, look, we can make the marketing work, but you have to make the leads work. That could mean a minimum of twelve follow-ups. But whether it’s putting a client back together or delegating critical tasks or general growing pains, Sabri is a fan of mental models. For example, inversion thinking. Say you start a digital marketing agency and your first client is unhappy. Instead of asking, “How do I make them happy?” you might ask, “What would I do if my goal were to make them unhappy?” and then do the opposite of that.

Another one of his success secrets is to do anything in your power to remove the chance for human error. Use checklists. Sales scripts. Standard operating procedures. Et cetera. “Because when you’re scaling a business, you’re only as good as your systems,” said Sabri. That, and “spending a disproportionate amount of time doing things that are going to make the cash register ring” are non-negotiables. Suby has leveraged these principles to turn King Kong into an eight figure brand.

In his brand new book, Sell Like Crazy, he elaborates, teaching you how to get as many clients, customers, and sales as you can possibly handle. Okay, now for the good stuff. What you came here to find out. How rich is Sabri Suby? While only he would know for sure, we believe his net worth is around ten million dollars. That’ll only go up, and could spike should he ever sell his King Kong agency. I recommend you buy his book and study everything this man does. He’s on another level when it comes to internet marketing.