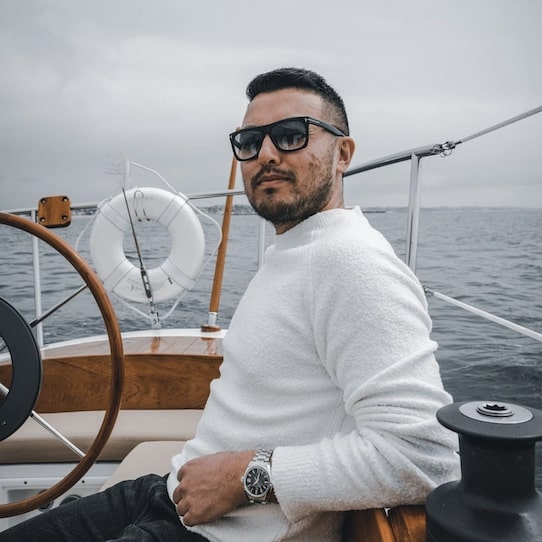 Tom Wang exited Sdara Skincare for 7-figures. Before that, one of the ways he engineered a competitive advantage was through paid PR. “One of the best investments we made with Sdara Skincare in its early days was actually being featured in Glamour magazine,” Tom says. “One day we received an email from Glamour asking us if we want to be featured in their next publication. Of course, it wasn’t for free, it was 700 euros (roughly $735 in USD).”

“And mind you,” Tom continues, “this was back when we had just started the business. So that was a lot of money to us at the time. We went back and forth, debated, and ultimately went with the deal. And then once we got the magazine shipped to us, boom, there it was. Our skincare line in Glamour magazine. It was a very very small write up, however, we can now say ‘as seen in Glamour.’ So for all of our marketing materials, our Amazon listings, we put ‘as seen in Glamour magazine.’”

“And that actually built a lot of social proof. Then, what started happening was, other magazines started saying, ‘Hey, if these guys were featured in Glamour, they must be a legitimate brand.’ So we actually started getting picked up by more and more beauty blogs and so on and so forth. And every single time we get featured in a new blog, we will actually put ‘as seen in.’ So that helped us greatly with conversion, and that was ultimately one of the major success factors for Sdara Skincare.”

Which is funny because that’s basically the formula every guru uses to sell you their $8,000 coaching program, isn’t it? “As seen in Forbes, Entrepreneur, Yahoo Finance, and Business Insider,” right? But it seems way less icky when you’re doing it for a vitamin C serum and a microneedling derma roller thingy, I s’pose. What do you guys think? Is it ethical to use “as seen on” in your marketing if it was paid for? Shouldn’t you have to disclose that? And if you did, would it even be effective at that point?

Either way, Tom’s a big believer in sticking to one thing. Sdara never would’ve exploded in sales if he was trying to start other businesses on the side. “You know that saying about how the average millionaire has like seven streams of income?” he says. “Yeah well, that’s complete BS. Having made over $10 million dollars before the age of 30, I can tell you right now that having seven streams of income is gonna be super distracting. How I got rich? As you know, is through Amazon FBA. I focused exclusively on that.”

“I doubled and even quadrupled down,” Tom continues. “I had my blinders on, and I focused on one thing. Sdara Skincare. And I did that thing really really well. I got really good at it. And then afterwards, I ended up selling the company for a nice multiple and then I reinvested the profits. So yes, now I have multiple streams of income. However, when I first got started, I had to focus on one thing and one thing only.” Easier said than done, right? There’s so much noise online, how do you keep from getting distracted?

Tom suggests you Google that Will Smith story, from way back when he was a kid (yes, many many years before the Oscar slap), where his dad made him and his little brother rebuild this massive brick wall by hand. Every day after school they’d go out there and work on it. Will thought they’d literally never finish. It took ’em a year and a half, but they did it. Will’s life lesson? You don’t set out to build a wall; you try to lay one brick as perfectly as you can, and then you do another and another.