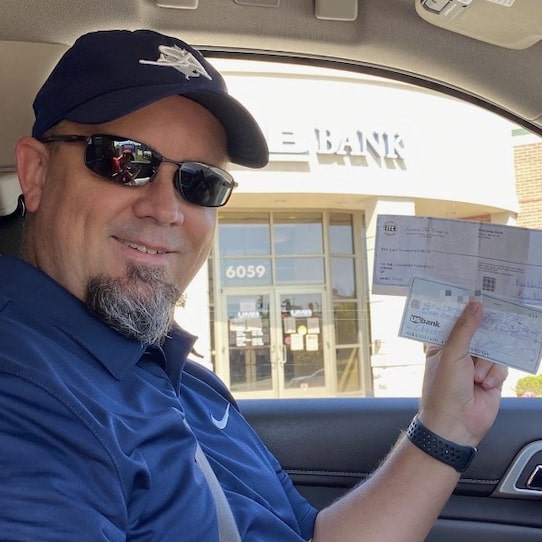 Joe McCall has a “$10k in 10 hours” strategy where he buys a pile of dirt for $1,000 and flips it on Facebook for $8,000. It’s something he’s been experimenting with, on the side, with the help of his teenage sons, over the past two years. They’ve profited $150k so far. “So I really believe this,” Joe says. “You can make $10 grand working just 10 hours a week in this business, setting up the right systems, doing the right marketing, getting other people to do most of the heavy lifting.”

“I flipped houses for years and years,” Joe continues. “I quit my job back in 2009 thanks to house flipping. Specifically doing lease options. I’ve done a lot of wholesaling, subject-to, owner financing, creative deals, rehabs, buy and holds, all of that stuff. And I have found over the last few years, especially, that flipping vacant land is my new favorite strategy. Now we still do wholesaling and lease options and all that other stuff but right now I love vacant land.”

Joe’s finding it so much easier than houses; certainly in this crazy-hot market we’re in. And now, with this recession, it’s nice ’cause you’re not having to put out so much money—it’s just less risky. The other advantage is you really don’t have to talk to sellers; at least not until after they receive your offer. So if you’re introverted or you’re just busy with a full-time job, this might be something you wanna look into. But what kinda land are Joe and his boys targeting, right?

Small, rural, cheap, vacant land. Stuff that’s out in the sticks, basically. Joe uses LandWatch.com to find potential properties. There, you can search by location—Florida, for example—and then start layering in filters: Priced under $50,000; 1–20 acres; and so on and so forth. But wait, who are we gonna be selling these little plots of land to? Apparently, it’s people who wanna use the land for four-wheeling, camping, shooting their guns, or maybe just to get off the grid and build a cabin someday.

“We’re targeting recreational land users,” Joe says. “These are not properties on the path of growth; people aren’t gonna (probably) build a house here; we want cheap, rural, recreational, vacant land. And so we wanna go into the counties that are out in the sticks where there’s a lot of demand and there’s a lot of activity. And trust me, there is. You may think, ‘Well, how could that be? I’ve never seen or heard of this before.’ But put that out of your head. Right now, we’re averaging two or three of these deals a week.”

How might a typical land flip play out? Well, say you buy an acre in Putnam County, Florida, for $4,000, right? And then you follow Joe’s formula and maybe you find some hillbilly who wants to cook meth or wrestle alligators or whatever Floridians do down there, right, who’ll pay you $15,000 for it. Sweet. So even if you spend $2,000 on software and tools and marketing, you’re still pocketing $9 Gs, aren’t you? Not too shabby. And now you can run it back, go look for the next deal, and then the next one.

Want more details? Joe’s got a free training you can sign up for at SimpleLandClass.com. He’ll break down each step, answer common questions, recommend some must-have tools, and then, I’m guessing, try to sell you into whatever course or coaching program he has for this. It actually seems pretty cool though. No idea if it’s really as easy as he’s making it look, but at least it’s not your typical make-money-wholesaling-properties-from-home spiel, am I right?