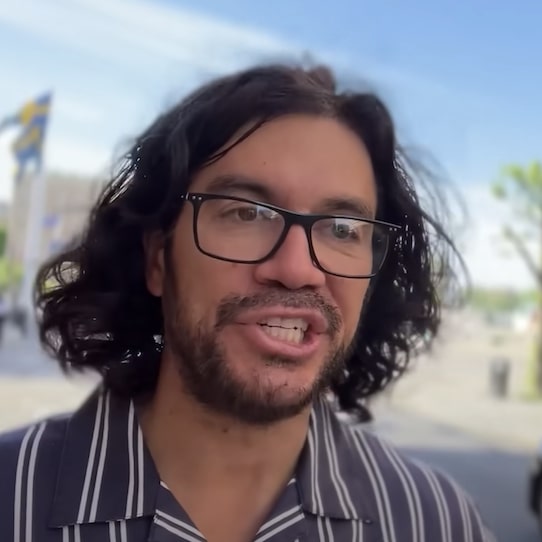 Tai Lopez likes to switch it up. One minute, he’s living in a mansion in Beverly Hills, talking about Lamborghinis and Rolls-Royces; the next, he’s on a farm, feeding his horses. Lately, he’s cropped back up on YouTube, looking like a total savage, reminding everyone he’s still a big deal. Says his ecom brands are doing $150 million a year, combined. In typical Tai fashion, he doesn’t mention how much of that’s take-home, but here’s what he’s learned nonetheless.

Tai’s first lesson is that you have to embrace the chaos. If you’re a control freak, you’re never gonna scale. So move fast and break stuff, basically. Second is, email marketing and text messages still work. Tai’s blasting out more than 900,000 emails a month; SMS isn’t too far behind that, and the open rates are crazy-high, at about 90%. So don’t just rely on paid ads and social media. Third, ya gotta master what Tai calls the 12 divisions of business. Which is gonna take some explaining.

“All right, so let’s talk about the 12 divisions of business,” he says, strolling through Stockholm, Sweden, because of course he is. “When I was doing smaller businesses when I started out as an entrepreneur, I just had to be good at two or three things. Now, to scale something to where, ya know, my ecommerce holding company’s doing more than $150 million in revenue a year, it’s a whole different ballgame. You got hundreds of employees and staff. But you can apply this, even if you’re at a smaller scale.”

“Anyways, number one is people; that’s your HR function. Number two is product development. Number three is legal. Number four is finance and accounting. Number five is push marketing. Number six is pull marketing. Number seven is outbound and in-person sales. Division eight is tech. Division nine is customer support. Division 10 is fulfillment, especially if you have a physical product. Warehousing, logistics, and so on. Division 11 is capital raising. And division 12 is M&A function. Buying companies, redeploying profits.”

If this was martial arts, ideally, you wanna get to at least a purple belt in all 12 of these, Tai says. At least intermediate level. “You can’t be an imbalanced entrepreneur. Just like a chain: you will fail at the weakest link, and that’ll bring down even your greatest efforts. And you see that a lot, even in famous entrepreneur stories. Steve Jobs, ya know, he got kicked outta his own company. He was a black belt in product development and in many areas, but maybe he wasn’t that proficient in some of the other ones.”

Most internet marketers get good at coming up with offers and marketing those offers, either organically or using paid ads, or sometimes both, right? But that’s where they kinda cap out. They put bare minimum attention and effort into the other 10 divisions. And, as a result, they only get so far. Maybe it’s $5 grand a month, maybe $10-. Or maybe they bust through that and get to $1- to $3 million a year in revenue. Not bad, but that’s not quite gonna get ya on the Forbes list, either, now is it?

“So when you look at the true titans of business, they’ve built skill in many places,” Tai blathers. “And I’ll tell ya, one of the places where many entrepreneurs are weak? Still white belts? Is around the finance function. Accounting, and so on. I get it, it’s not why you got into business, but you have to be good at finance. And if you think you can just delegate anything you don’t wanna do, I call BS on that. You can collaborate, but be careful just delegating and not understanding those key aspects yourself.”