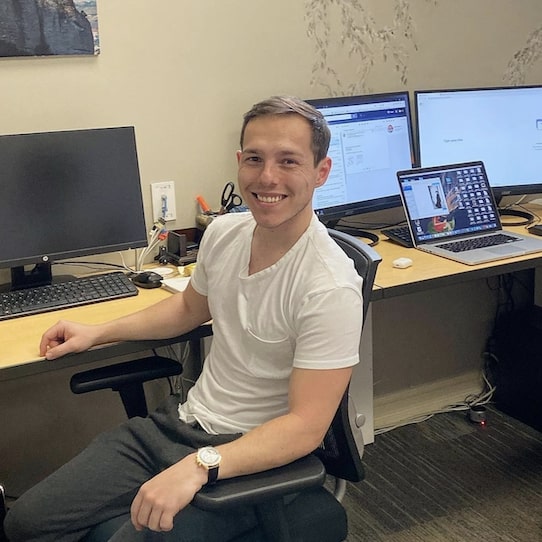 Graham Stephan thinks, with low interest rates coming to an end, excessive borrowing, supply chain constraints, and sky-high inflation, many of us are about to witness the biggest crash of our generation. So-called zombie companies, who were only able to exist ’cause of all those stimulus checks, are about to go belly up. As businesses shut down or at least cut costs, unemployment’s gonna go up. This’ll force people to burn through their savings.

“This points to a bleak outlook,” Graham says, “where the average person has less to spend, less money to save, and the majority of their income is being swallowed up by higher costs. This all leads to lower earnings, less profits, and a falling economy. So in terms of how bad things could potentially get, it’s important to understand past market crashes. And that way, you begin to see exactly what’s possible.” Okay Graham, go on, we’re listening. Please, enlighten us.

He goes on to define a bear market: generally, when a broad market index (like the S&P 500) falls 20% or more from its recent high. Since 1928, this has happened 26 times, which includes the one we’re in now. Then he talks about what you can do to make the most outta this crappy situation we’re in. First and foremost, Graham reminds us that time in the market beats timing the market. Second, it’s a good idea to reframe your beliefs; to try and convince yourself that downturns are something to look forward to.

“Our economy has a way of clearing out and bankrupting the companies that can no longer sustain themselves,” Graham says. “This gives opportunities to newer, smaller people and companies to grow and take their place. This is extremely important now with all this ‘fake success’ that’s plagued our economy since the duration of this last bull market. But when the bull market resets itself like it’s doing now, it makes way for the people and businesses that can fundamentally grow faster than at any other point in history.”

Funny enough, Graham’s actually lived this. He got licensed as a real estate agent during the 2008 housing crisis. Arguably the worst possible time. Literally half his office left the moment he started. “But that meant I was able to kick off my career at a time where there wasn’t much competition,” Graham explains. “When the market was constantly falling, that taught me that if I could survive that market, everything else that comes after would be easy. And it was.”

So you gotta anticipate times like this. Understand that things don’t just go up forever. So when corrections come, and everyone else is freaking out, this is when you have to sacrifice and build and create and invest and run towards the fire. Know your risk tolerance though. Depending on your age, income, goals, lifestyle, et cetera, it may or may not be a good idea to bet a buncha money on crypto, right? Speaking of which, always keep some “dry powder” on the side. Cash is not only peace of mind, but it lets you take advantage of opportunities that may come along.

What else? Have a serious business plan in place. Operate lean. Consider putting a small percentage of your portfolio into precious metals. Finally, protect your career. “This, at the end of the day, is going to be the best hedge against everything,” Graham says. “After all, the worst case scenario, financially, is not the market going down, it’s the market going down at the same time that you lose your job and have to sell off your investments just to stay afloat.” Subscribe to Graham on YouTube for more.