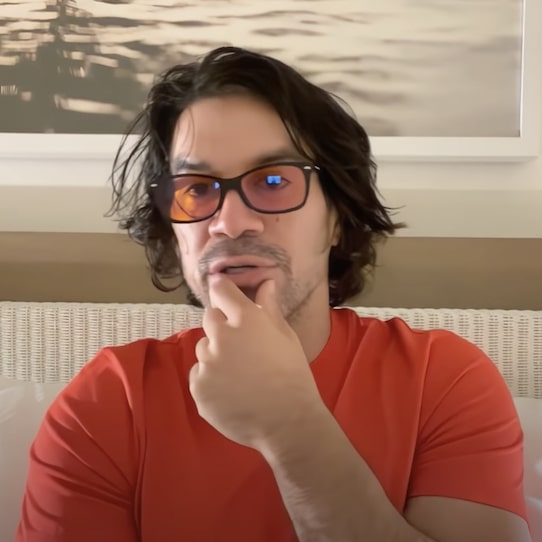 Tai Lopez looks like Bono’s brother in this video, does he not? It also threw me off because he goes over three reasons you should not try to get rich. Interesting, coming from a guy who gets accused of selling scammy courses. Which, for the record, I don’t agree with. My only complaint with Tai is that he’s got his hands in too many projects. Like, he can’t help himself. If there’s a trend, be it ecom or SMMA or crypto, you can bet he’s coming out with a program you can buy for nine-ninety-seven to learn it.

Anyways. I’m curious as to what he has to say. Why is the pursuit of riches potentially a bad thing? Let’s hear him out. First, he says it’s been proven that most people who get wealthy are highly conscientious. Meaning, they’re organized, careful, and do each task well. Sure, there’s always an exception. You might know a sloppy millionaire or two. But for the most part, to stand a shot at the already difficult mission of getting rich, you’ll need to have your crap together. Are you willing to do that? Be honest with yourself.

Second, if you wanna get rich, you really need to consider the cost. “Because the jungle is not something to enter into lightly,” Tai says. “And most people shouldn’t. Because A) you’re gonna deal with alienation from people. Family members are either gonna try to take your money or be bothered that you have it, or even when you pursue it, people are gonna talk bad about you. You are a threat to their psyche. Even if you don’t want a Ferrari or a Lamborghini, they’ll find out you have money.”

The good news is, if you persevere, you can come out the other side a legend. But Tai’s point is, not everyone has thick enough skin to do so. Maybe this game’s not for you. That’s okay. Don’t play it. Or maybe it is, maybe you’re built different, like Tai. Like I said earlier, just Google his name. You’ll come across thousands of reviews on blogs like this, as well as YouTube videos, forums, the whole deal. And, unfortunately for him, the majority of that content is not very nice. Some of it’s downright awful.

Imagine swapping your name with Tai’s online. Could you handle those types of things being said about you? Granted, you might have no desire to be an influencer and sell courses and coaching like Tai does. Maybe you’re more behind-the-scenes. Maybe you get rich as the CEO of a healthy meal delivery company. In that case, no, you wouldn’t get attacked, personally, to the level that Tai does, but your company might. And that might cause some stress and sleepless nights, right? So are you willing to lean into all that negativity?

Tai’s third and final warning about trying to get rich is that, in order to do so, you’ll need to be really good at solving problems. Difficult problems. And most people are not. Think about it. Do you wanna manage a bunch of people? And have all kinds of overhead? And be responsible for keeping thousands of customers happy? Waking up to new fires that need put out every single day? Maybe not, right? Maybe the extent of problems you wanna solve is handing people their coffee in the morning, Tai says. If so, go be a barista. No shame in that.

It’s the old cliche: more money more problems. Tai recalls a fireside chat he went to, years ago, and Elon Musk was there. This was back before he was a household name but he was still plenty rich, and someone asks him if he’d go back and do it all over again knowing what he knows now. “I’d rather have shards of glass shoved in my eyes,” is how Tai said he answered the question. Pretty epic, pretty telling. I actually loved this message by Tai. He may promote way too many products, but his marketing is a lot more honest than most gurus who I review.