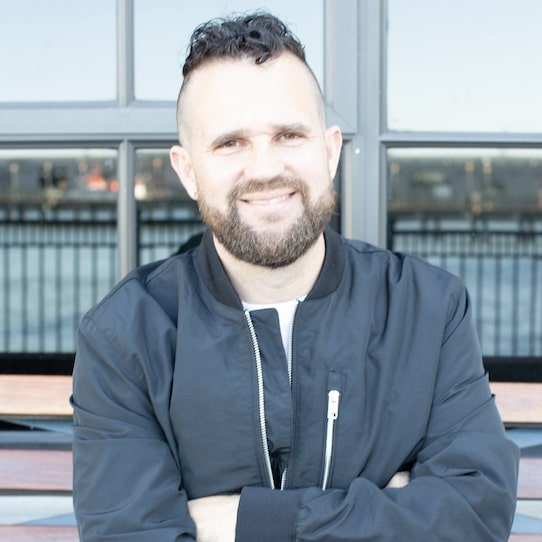 Bobby Goodwin is the man behind Cosmic Recode. He says he can help you have more impact and manifest more of what you love. But right now, fear is holding you back. So you have to learn to transform from the inside out, in order to overcome it. Once you do, you’ll be able to turn your purpose and God-given mission into a thriving coaching business. If you’d like to unlayer and let go of what’s holding you back from creating the life you want, he’s your guy.

And no, you don’t need more credentials or anyone’s permission to monetize what you know. And you know plenty as it is. You’re not an imposter, despite that nagging little voice in your head telling you otherwise. And don’t give Bobby that I’m broken nonsense, either. You’re not. You just need to shift your identity. Redirect that energy from doubting to doing. A concept Bobby calls The Cosmic Creator Effect, where you’re removing resistance and manifesting more of what you want.

It’s how he went from being buried under $130,000 worth of consumer debt, living in some shack in the crime-ridden Bay Area, losing his mom and then his job, to now living in a mortgage-free home in a top-ranked city in California, spending time with his family, credit cards completely paid off. Now Bobby wants to teach his proven process to well-deserving people like yourself. If you’re ready to morph into your highest version, and create a life of joy and abundance, listen up.

Forget about meditating, hypnosis, retreats, restricted diets, affirmations, seminars, vision boards, and all that garbage. It just pulls you away from being a conscious creator. Besides, this isn’t about fixing yourself. Although, most spiritual gurus want you to believe that it is so they can sell you the next solution. But yeah, The Cosmic Creator Effect is about exploring, embodying and expressing who you truly are—in a specific way that serves others as well as yourself. It’s a different approach than you’re used do.

Think about an athlete, Bobby says. These are ways that they are: they’re confident, driven, disciplined, focused, passionate, and coachable, right? And these ways of being lead to the things that they do: they work out, they eat healthy, hydrate, stretch, take supplements, watch film, and so on and so forth, right? “And so my Superconscious Recode process is about removing the resistance that’s holding you back from being who you need to be to manifest more of what you love,” explains Bobby. “Change the lens that you look at life through.”

Bobby began doing this when he hit his own personal rock bottom; and, within a few months, he had grown his online coaching business to about $15k per month in revenue. Over the course of the next year, it was blessings on blessings on blessings—they just kept coming. He was serving his tribe, doing what he loved, living debt-free, and stepping up for his family. He had made the switch from reactionary problem fixer to Cosmic Creator. And he’ll help you do the same inside his Cosmic Creator Program.

It’s the straightest path to orienting and transforming to being a creator. Whereby, the supernatural becomes more natural as you work to increase your impact, influence and true abundance by leveraging Bobby’s so-called Cosmic Creator Effect Framework. He doesn’t say what it costs; you’ll have to book a call to find out. Not that it would matter in my case. I’m just gonna refer to this guy as Willis from here on out because whatchu talmbout? Too airy-fairy for me to follow.