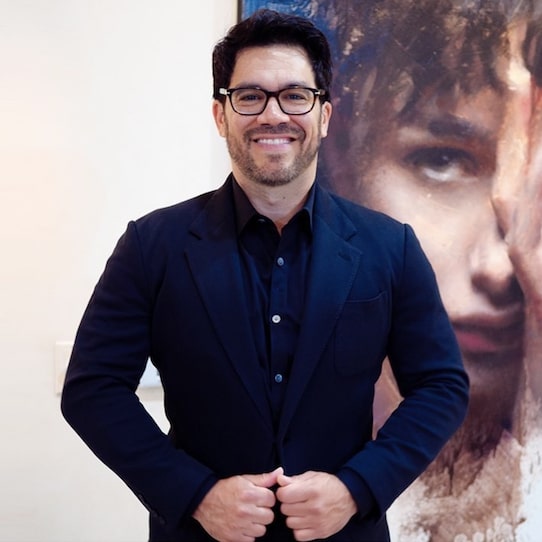 “By the way, this works from anywhere in the world,” Tai says. “This S + I = M formula. So let’s reverse engineer it. M stands for money. The goal. What you need to survive. What I call fuel units. But what’s on the left side of the equation? I equals internet. So do you have internet? If so, you’re good to go. Now, the S? The S is the magic. The S stands for service. See, compared to physical products, service-based businesses are easier, take less capital, fail less often, and are a huge part of wealth creation.”

“Now I will give you a little disclaimer,” Tai continues. “More wealth is created through products than services, but more capital is needed, more experience, more risk must be taken, and it’s just less realistic for the average person. So if you weren’t born with wealthy parents and you’re not in Silicon Valley where you have connections or you didn’t go to Harvard, I would recommend the S + I = M formula. Start with a service-based business. So what do I mean? Well, ask yourself: ‘What can I do with my sweat equity? My time?’”

“Think about it. Lawyers and doctors are in the service business. So when I say to sell your time, it’s not anything weird. Basically all lawyers and doctors, you walk in there, they’re essentially selling their time. It’s not without downsides, obviously, but it all comes down to what stage you’re at as an entrepreneur. Like me, I don’t really sell my time for money these days. I used to, but now I do bigger stuff. But that’s just because I built up to it. Ya gotta build up to stuff. This TikTok world, everyone thinks it’s instant.”

“But the average person takes 12–20 years to be successful,” Tai rants, “to become a multi-millionaire. And if you think, ‘No Tai, that’s not true, just look at all these crypto and NFT millionaires,’ oh you just watch. Give it a couple years. Money that comes fast leaves fast. So there’s a lot of BS wealth being built right now. Don’t worry, it’ll flow right in and out of most people’s fingers. So if you think you’re too good to start with a service-based business, ha, be careful. Don’t let your ego get in the way.”

So is Tai back to promoting his SMMA course? Is he saying you should go run Facebook ads for local biz owners? Or offer to create viral videos for people? These are all things he promoted hard in the past, right? Well, Tai says those types of services are still valid, but you’re a little late to the game at this point. Today, you might be better off focusing on ecom. “And if you’d like me to show you how; like how to do this and get customers, I’ve got a 4-month mentorship training program I’m just now rolling out,” Tai says.

“It’s called The Ecommerce Consultant Program. Which, you know I do a lot with ecom. I have 160 million visits to my ecom websites. Just last year. So I can share a lot of things from the trenches with you that you’re not gonna learn in any college course or even an online course. Been doing this a while. I can show you social media stuff. I’ve got 8-, 9 million social media followers. And even though it’s based around ecom, anyone can apply this to anything they’re doing.” Cost? It’s free to register, but be ready for upsells.