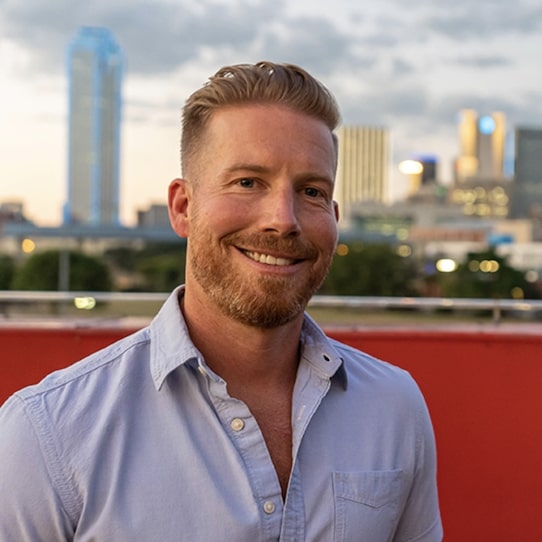 Levi Lascsak and Travis Plumb made $100k in 100 days as brand new real estate agents. How? Well it wasn’t through door knocking, cold calling, or gambling on paid ads. Nope, they did it through YouTube, believe it or not. And you can too, or so they say. Read on for my review of their coaching program, called The Reel Agents. “According to the National Association of Realtors,” Levi says, “the average realtor with two years of experience only makes $8,900 a year.”

“Now I don’t know about you,” Levi continues, “but I can’t survive off of $8,900 a year. And most real estate agents who get in the game only start with about $5,000 to their name, so they need to get in and make some money fast. But since they don’t have much money, they can’t afford marketing, which contributes to the 80-something-percent failure rate. So this strategy that we discovered on YouTube? We’ve done this 100% free, organically. We haven’t spent a single penny on marketing or advertising.”

“And the quality of the leads on YouTube is unlike anything you’ve seen before,” Travis chimes in. “I’m telling you, these clients, they are calling us, they are texting us, they are emailing us, hopping on Zoom meetings. And it’s really cool and it’s kinda crazy to see because when people book these calls, they are shocked that it’s me and Levi actually answering the phone. It’s kinda like you’re a superstar to them, even though that’s not what you’re going for. But they’ve watched you, they’ve consumed your content. They love you, they trust you.”

At the time of filming their pitch video for The Reel Agents, Travis and Levi had over 106,000 views on their real estate YouTube channel; a total watch time of nearly 11,000 hours; more than 1,400 subscribers; and they pulled all that off in just a few months’ time. Now, did that make ’em much (if any) ad revenue? No. But who cares? That’s not how they’re monetizing their channel. Instead, they’re getting people in the Dallas–Forth Worth area to call ’em up, wanting to buy and sell their homes, right?

“So what if you could generate $100,000 in commissions within 90 to 100 days of getting into real estate, like we have?” Levi asks. “That would absolutely change your business. It’s changed ours. But there’s some really key aspects that you have to know to do this right. You have to be intentional because there’s other agents out there that are trying to do what we’re doing, but they’re only getting 20, maybe 30 views per video. Why? Because they’re making the wrong type of content. They’re not making the type of stuff that people are searching for.”

So you have to make the switch from selfish marketing (making videos that you wanna put out) to service marketing (making the kinds of videos that your clients want). YouTube is owned by Google, right, and they’re both search engines. People use these sites to find the information they’re looking for, to solve their problems. Lean into that. There’s some software and tools that’ll help you identify the best topics and themes to cover in your videos. From there, it’s all about optimizing titles, descriptions, keyword tags, and thumbnails.

It’s pretty technical, but Travis and Levi believe anyone can do it, even you, even if you don’t think you’ve got what it takes to be on camera. That’s what The Reel Agents course was designed for. To give you everything you need to follow in their footsteps and begin doing deals, quickly, by getting free, targeted leads right off of YouTube. No mention of cost. My guess is at least $3,000, but you’ll have to book a so-called Five Star Strategy Call with their team to learn more. Loved everything I heard though.