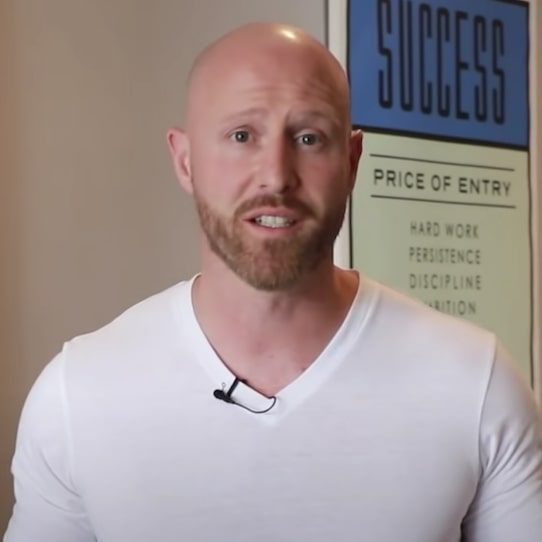 Justin Colby has collected eight separate checks just this week alone in his wholesaling business. It totals more than fifty-nine thousand dollars. Pure profit. He believes you can get results like this too. In any city, any market, whether you live there or not. Justin’s deals were done in Phoenix, Milwaukee, Oklahoma City, you get the idea. Five different states in all. Want to learn his secrets? So you can do your first-ever wholesale? Or way more wholesales than you’re doing now? Read on.

Justin Colby has been a real estate investor for fifteen years now. He’s done more than two thousand deals. And today he’s making more money than ever. Like you, he was taught traditional wholesaling. Find the deal, negotiate the deal, contract the deal, find a buyer, get paid, right? Well, Justin’s got a new way to do it; and you just have to make one tweak to that process. As soon as he realized this, and made this one fundamental change, that’s when his wholesaling biz really took off.

It’s given him consistency to where he can do twenty-plus deals a month, month in and month out, and generate seven figures a year. Justin discusses his journey on The Science Of Flipping podcast, and mentors others in the coaching program under that same brand. Other big names have good things to say about him. Sean Terry, Brent Daniels, and Kent Clothier, who said, “Justin’s ability to connect with people and help them understand what he is teaching, is unparalleled.”

All right, so on a typical wholesale deal, you’re making about ten grand. And most wholesalers operate at about twenty to twenty-five percent profitability. So even if you did two deals a month, you’d only net about four to five grand, right? And chances are, you wanna make a lot more than that. So Justin says you need to learn the new way to do things. Which is: plug into his blueprint, forget everything else you’ve heard, implement a systemized model, get consistent results, scale, and enjoy your freedom.

With Justin’s new and improved wholesale model, you can forget about marketing costs, so your take-home jumps to more like forty or forty-five percent of gross. Now if you did those same two wholesale deals per month, instead of four or five grand, you’re looking at eight or nine grand, net. And now we’re talking, right? That’s more like it. Justin calls this the Inverse Profit Method. He swears he does not have to open his wallet to get a single lead to come through the door.

Okay, how? Like, zero advertising dollars, in today’s hyper-competitive environment? How’s Justin doing that? Well, it’s not sexy. He’s just having his team utilize tried and true free marketing methods. Driving for dollars, posting bandit signs, organic social media, networking with real estate agents and other investors, and so on and so forth. “The biggest mistake I see wholesalers make is they lead with expenses,” Justin says. “They try to spend their way to success.”

If you’d like Justin’s help in getting free leads, plus negotiating and closing deals and putting systems and talented people in place so you can grow without working more hours? Check out his Science Of Flipping coaching program. He doesn’t say what it costs, but I’m guessing it’s not cheap. Book a call with his team to learn more. Or, speaking of a new way to invest in real estate, ever thought about going digital? Like, instead of wholesaling homes, you could do the same thing, only with web properties. Click below.