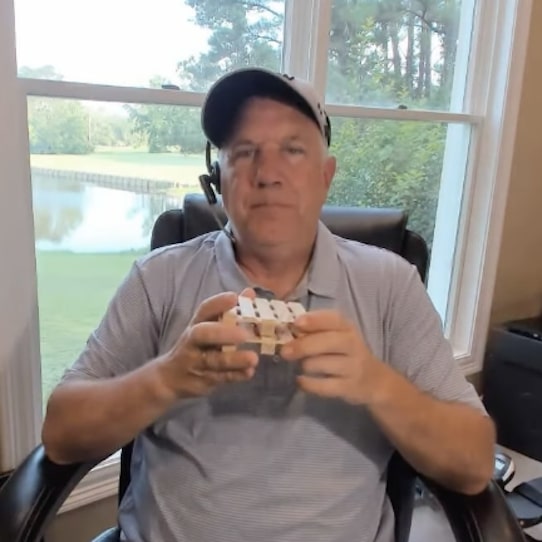 John Charles Wilker has a middle man money maker called The Simplest Biz. He flips wooden pallets. He’s been doing it for twenty-three years. It’s a very unsexy item, but there are two-point-five billion pallets in circulation in the U.S. You see them at Costco and the grocery store and on trucks going down the highway. He gets ninety-five percent of his pallets for free. He does not have to lift or store them. He finds businesses that need them to ship their items out. He’s a connector.

But seriously, why pallets? Eighty-five percent of all commerce is moved on pallets. The demand is there. It’s recurring. Pallet orders are placed week after week after week. The whole world runs on pallets when you think about it. Chances are, almost everything in the room you’re in right now was once on a pallet. Also, it’s a simple business that has nothing to do with the internet. Again, no storing. The pallets go from supplier straight to buyer.

Point A to point B, directly. No warehousing the pallets in between means no unnecessary cost. There are lots of different sizes and styles of pallets you can work with. Sometimes you’ll do mixed loads. You do not need any employees. None of this complicated tech stuff. Leveraged income. “I multiply myself in a manner where I’m getting paid not for my time, but how many of these units can I move in a couple hours,” John explains.

The only overhead, really, was the truck John bought seven years ago for thirty-six hundred dollars. You could rent a truck to start out, if you so choose. Think about the internet right now. Everyone’s shopping online. Not just Amazon customers, but business to business, raw materials, you name it. And everything goes on pallets. Without them, the world wouldn’t move. So why’s he telling you? Why not keep this under the radar opportunity all to himself?

And couldn’t you figure this out on your own? Maybe, John says. But it’ll take you a few years. That’s what it took him when he started twenty-three years ago. He had to figure out who these businesses are, what their needs are, what questions to ask, which problems to solve, what’s their pain point, how to set the deal up, and how to make it so that everyone wins. I’ve gotta walk you through all those scenarios, he says. And he’s happy to, even if you’re in another country.

The potential is only going up. Exponential growth. Massive. This is why John is willing to share his secrets with you. But it’s not going to fall into your lap. You still have to do the work. “The thing about this business that I’ve always loved, growing it for myself over all these years, is I can execute a few orders in the morning and I’m done by, you know, ten, eleven o’clock. Sometimes nine. Sometimes I’m on the golf course by nine.”

Imagine transferring two hundred and fifty pallets times five bucks a pallet. That’s twelve hundred and fifty bucks. Not bad for a morning of work. No need to clock in. No making somebody else rich. And if you want it to be even more passive, you can simply broker the deals. Don’t move them yourself. John’s training course is called The Simplest Biz. The everyday price is two thousand seven hundred and ninety-seven dollars. John will sometimes run promotions and sell it for one thousand nine hundred and ninety-seven.