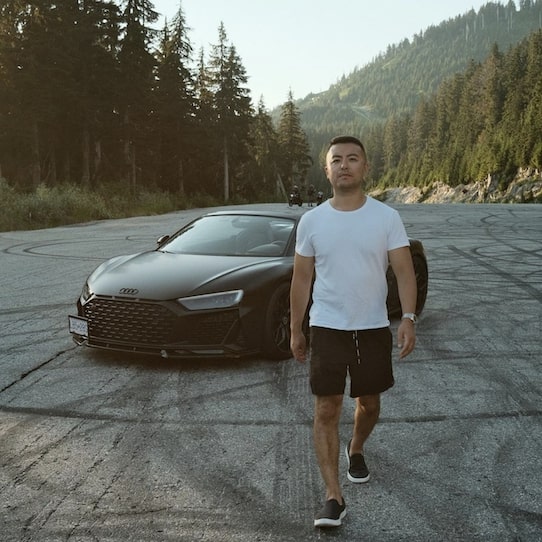 The ecom expert recently answered some hard-hitting questions from his IG followers. One guy, Mario, asked whether or not it was still doable to launch a new product on Amazon in a competitive niche. “Absolutely, yes,” Tom said. “It’s still doable, however, the more competition there is, the more differentiation factors you have to have. And this can come in multiple different ways. Better product, better marketing, better PR, more influencers, et cetera.”

And then, since Tom successfully exited Sdara Skincare for multiple 7-figures, Elsie asked him what the hardest part of rolling out new skincare products was. To that, Tom had this to say: “It was tough to find products on Amazon that fit our criteria. We didn’t want to launch a vitamin C serum or a retinol or any of these types or products because they’re super super super competitive. So like I just said, yes, we could compete with those existing products, but we didn’t really have any unique advantage.”

“So for us [meaning Tom and his girlfriend at the time, who’s now his wife],” he continued, “the hardest part was just continually launching new products that had that balance of like not too competitive but at the same time, there’s enough demand. So, skincare products are notoriously known to be super competitive. Supplements, notoriously known to be super duper competitive. So yeah, I would really say that product selection was our biggest issue when it came to scaling Sdara.”

Another chick asked Tom if he had any quotes that he lives by. “That’s a great question,” Tom replied. “Honestly? This quote, I should probably get it tattooed on my forearm because I need a gentle reminder of this every single day. And the quote is ‘Never ever judge a book by its cover.’ There’s so many different times where I look at someone and judge them [in a negative way] and I don’t approach ’em with a beginner’s mindset. Which I should, we all need to be kind, we’re all going through this life together.”

Elias wanted to know what the biggest money-making opportunity right now was. For Tom, it’s actually to invest and take equity in his students’ businesses. That’s an honest answer. ‘Cause he’s had, what, close to 4,000 people go through his FBA Masterclass course? So really, all he has to do is team up with the top 1% of ’em and he’d be killing it. And then, non-business related, Tom’s been on sorta this spiritual kick; he wants to learn more about himself. So he’s been doing a lot of meditating, journaling, deep thinking, and so on.

Another dude asked, if Tom had to pick one new skill to learn right now, what would it be? Well, if you’re new to business, it would be getting better at sales, he says. Being a hunter, bringing home the meat, so you don’t starve to death, ya know? There’s door-to-door, cold calling, inbound closing, you name it. Then, if you’re advanced, like Tom, he’d lean more towards something like copywriting. “If you know how to do copywriting, you can basically make money online effortlessly,” Tom said. “So it’s a very very useful skill.”

Last but not least, a guy wondered, now that Tom’s got plenty of dough, what motivates him to keep pushing? “To be honest,” he said, “I’m not too sure at the moment. What I am learning though is that I need to focus more on intrinsic motivation than extrinsic motivation, where you’re just trying to buy material things and get status and respect and whatnot. I want to feel happy, fulfilled, at peace, all these positive emotions that I think we’re all seeking. So that’s my main motivation.”