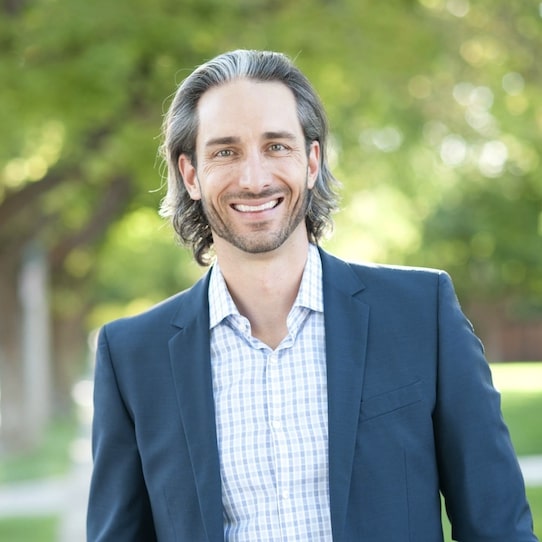 Garrett Gunderson is the face of Wealth Factory, which helps entrepreneurs and business owners keep more of their money and increase monthly cash flow, all without taking on more risk or working harder or building a bigger team. “Wanna beat inflation?” he says in a new YouTube ad. “The latest CPI numbers show inflation at a staggering 8.9%. That’s the highest it’s been in four years. And very simple math can show ya how devastating inflation can be.”

“If you had $100,000 in cash, last year,” Garrett continues, “today, it’s only worth about $91,000. And even if we go back to normalcy (about 2% inflation per year), your cash will still lose about $20,000 in value over the next five years. The reality is, inflation is a hidden tax that devalues money and steals your wealth, and that’s not being dramatic. Even Warren Buffett says, ‘The arithmetic makes it clear that inflation is a far greater tax than anything that has been enacted by our legislature.’”

But Garrett’s not worried, and you don’t have to be either. See, for years now, he’s been studying how the world’s wealthiest manage their money. And it’s allowed him to create a simple system to hedge against inflation and even continue to grow his wealth during times of peak inflation, like we’re experiencing right now. His investment dollars are being stacked and multiplied to achieve returns of up to 4x or more. And there’s no reason you can’t do the same, regardless of your starting point.

“Because,” Garrett says, “with this system? You don’t have to participate in economic downturns. The secret is what I call a wealth creation account. Today the average savings account pays about 0.05%, which is next to nothing. So even if we had a normal inflation right now of about 2%, the money in your savings account is still losing about 2% per year. And a year when inflation is nearly 9%, you’d be losing $900 in value for every $10,000 you have in savings. So what’s the first step to beat this?”

“You’ve gotta increase the percentage you earn on your money,” Garrett explains. “And a wealth creation account earns about 3- to 5% every single year. So right away you’re beating the normal inflation rate of 2%, but what about in years where we’ve experienced 6% or 8.9% or even double digit inflation? That’s where the magic of the wealth creation account really kicks in. Because it allows you to make a billionaire financial move but without being a billionaire or even a millionaire. Here’s how it works.”

According to Garrett, billionaires usually have their money tied up in investments and shares of companies they started. Jeff Bezos, Bill Gates, Elon Musk. They don’t have billions just sitting in the bank; they’ve got it invested in Amazon, in Microsoft, in Tesla, right? So what do they do when they need money? They borrow it, using their stocks as collateral. And when you set up your own so-called wealth creation account, you can do the same thing. So your savings is going up by 3–5% and then you can access money at 3–5% interest, making it kind of a wash.

Garrett refers to that as his “double dollar strategy.” You can take your borrowed money and invest it in inflation-beating assets, pay back the loan with your gains, and pocket the rest. Pretty snazzy, huh? And don’t worry, even during deflationary times, remember, the money in your account’s becoming more valuable; so this works regardless of what the economy’s doing. Wanna know how set it all up? Wealth Factory sells a digital book called What Would Billionaires Do? You can buy it for about $6 plus upsells.