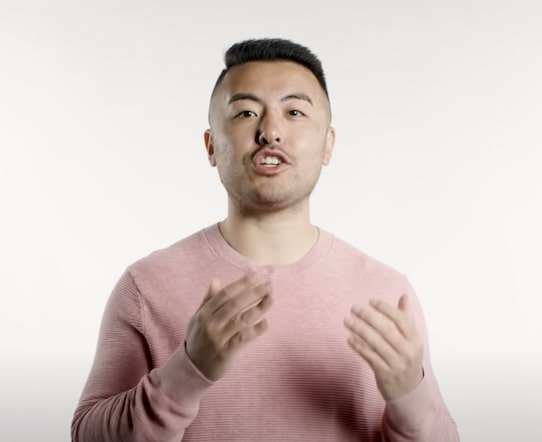 Tom Wang has a new YouTube ad. In it, he shows a cheese grater and asks whether you’d like to pay twelve dollars to get it on Amazon or pay less than two dollars to get it off of Alibaba. Easy answer, right? Well, believe it or not, close to seventeen thousand people paid a premium to order it through Amazon last month alone. Guess how much the person selling it on Amazon is making: two hundred and two thousand dollars a month. From a cheese grater. Read on for more Tom Wang Amazon insights.

Now here’s what you may not know. The cheese grater isn’t the only product that’s overpriced. Nearly every product you see on Amazon is sold at a five- to ten-X markup. Tom shows a blue mini ice cube mold that can be bought in bulk from a supplier for seventy-two cents per unit; an Amazon FBA seller has it listed (and selling well) at seven dollars and ninety-eight cents per tray. Great margins.

The person selling it is making approximately sixty-seven grand a month. Who would’ve thunk it? Tom shows a basic pink water bottle next. It’s listed at a thirteen-X markup. You sitting down? Good. Because that seller is doing nearly a quarter million dollars in monthly revenue, all from a simple water bottle. But if these products are several times more expensive on Amazon, why are people buying them?

According to Tom, they just don’t know any better. “Most of us are taught to be consumers,” he says, “and to buy based on convenience. But if you know where to look, it’s not that hard to find these big price gaps like you just saw and become a seller on Amazon. It costs you only forty-nine dollars per month to setup a seller account. In fact, more than fifty percent of the products sold on Amazon are by everyday people like you and me.”

This is exactly what Tom does to cash-in on the Amazon craze. He finds products with skyscraper-sized price gaps, buys low, sells high, keeps the difference. Thanks to Amazon’s FBA program, it’s easier than you think. They do all the packaging, storing, shipping, and returns. After some hard work up front, your Amazon business can run on relative autopilot. Whether you’re eating, sleeping, snowboarding, or chilling on a yacht, you could be making sales.

Tom was able to become a self-made millionaire by age twenty-seven because he mastered fulfillment by Amazon. To date, he has done north of eight figures in total sales volume. Even if he netted a fourth of that, it’s a lot of money. He also got a big payday when his Sdara Skincare brand he was selling on Amazon got acquired for multiple seven figures. Add to it sales of his pricey FBA Masterclass course, investments, and real estate, and the guy’s doing alright.

“I used to be the guy who would pay more expensive prices on Amazon for the exact same product on Alibaba,” Tom said. “Until one day I realized I could make money by flipping products from Alibaba on Amazon, all the while without touching any products. But my first three attempts at selling online bombed. And it was only when I worked with a mentor that my results started to scale and become more consistent.” With that, Tom tees up his pitch and smacks it down the middle of the fairway. One of my favorite Tom Wang ads yet.