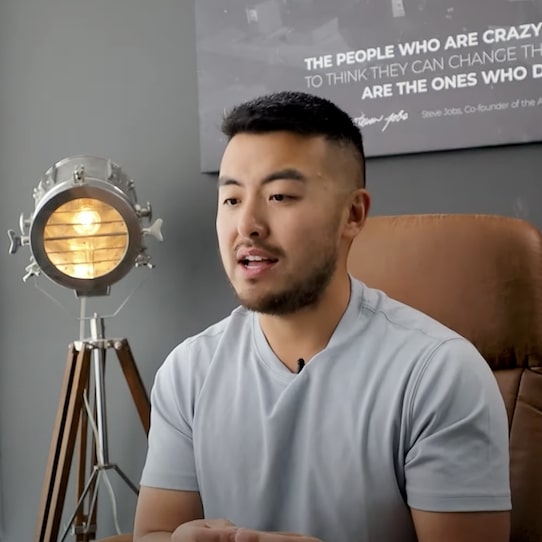 Tom Wang sold his health and beauty brand, Sdara Skincare, for multiple seven figures. If he could go back, there are three things he would do different. Not doing them cost him millions. In fact, he believes he could have exited for eight figures had he done them. Here they are. Number one, revenue distribution. A lot of ecommerce brands have what’s known as a hero SKU. A product that really makes the entire business. Sdara was no exception.

Their Microneedle Derma Roller was generating the lion’s share of the revenue for Sdara. For Tom, that was great. It was predictable, easy to manage inventory, awesome margins, even better ROI. But to an investor this seems a little bit risky. Why? Because what if the listing goes down? What if the demand disappears and a new trend takes over? What if people stop using the product? Investors would rather see no single SKU account for more than thirty percent of revenue.

If Tom knew then what he does now, he would have launched more products. Found more winners that his customers loved. Just to even out that distribution so that when you do go on Amazon, you see lots of products under the brand name that are performing well. His second mistake? Predictable revenue. Or lack thereof. If you look at businesses that sell for huge multiples, it’s usually because they are subscription based. Makes sense, right?

But how do you stack rebills selling, let’s say, a face exfoliator via Amazon FBA? One of the best ways is to take advantage of Amazon’s built in “subscribe and save” option. Basically, people can click that, instead of a one time purchase, when they go to buy. Amazon will automatically bill them and ship them out the product every month. The customer saves some money too. Win-win. So make sure you toggle “subscribe and save” on, if it’s available for your product category.

The more recurring income on the books, the more you’ll get when you go to sell. So that’s lesson number two. Last but not least, channel distribution. Just like investors don’t want to see one product driving most of the revenue, they would prefer it if you weren’t too dependent on any one channel of selling. Sdara Skincare was getting about ninety-seven percent of their sales through Amazon FBA. The other three percent was split between Shopify and Nordstrom wholesale.

A much more lucrative scenario would be Amazon accounting for forty percent of sales, maybe thirty percent coming from Shopify, and another thirty coming from retail. More diversity means less risk. Less risk means a higher multiple for you. If you build up social media followings and an email list, those assets can help too, Tom says. But only if you can prove that they produce extra sales. It’s all about the Benjamins, baby. If it doesn’t directly make money, investors won’t care.

Another tip he gives is, if you’re running Facebook and Instagram ads straight to your own website (to sell directly to the consumer), you really need to get your average order value up. Fifty to sixty bucks is the magic number. Any less than that and your cost of goods sold plus ad spend will wipe away all your profit. If you’re in the market to sell your Amazon FBA business, shoot Tom an email. He may be able to offer guidance or connect you with an aggregator or broker he’s worked with in the past.