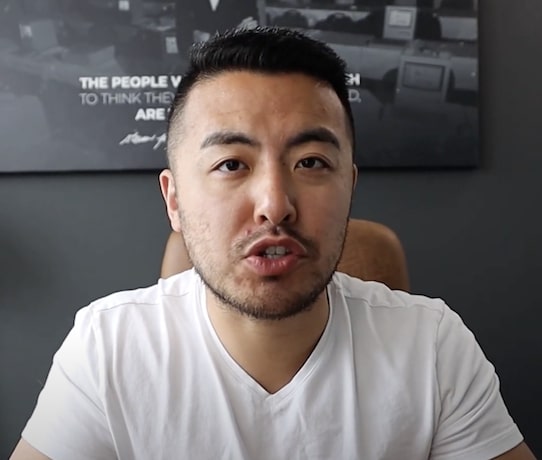 Tom Wang calls product research the single most important part of your Amazon FBA journey. If you get it right, your odds of success go up significantly. Get it wrong, and you’re almost guaranteed to fail. Tom shares a story from one of his FBA Masterclass coaching calls. A student had already picked out a product they wanted to sell on Amazon. Coconut bowls, of all things. Maybe bundled with special spoons, forks, and these little rope ring thingies to set them on. Interesting. What made them choose that?

Their rationale was as follows. One, there was not a lot of competition. Two, reviews were low. And three, some of the existing sellers of these coconut bowls were making as much as five grand a month. Tom stopped him right there. He did not like this product at all. He pulls up his Market Intelligence software. Looks up the demand for coconut bowls, highlights the BSR (or Best Sellers Rank). It’s seventeen thousand three hundred and ninety-one.

What does that mean? It means, in its category, which was Kitchen and Dining, it was the seventeen thousand three hundred and ninety-first best selling product. Said different, there were a crap-ton of products selling better than it. Even more concerning, after the top two or three sellers of coconut bowls, the BSR skyrocketed all the way up to two- or three hundred thousand-plus. Huge red flag.

The top coconut bowl sellers were not doing all that well. And the rest of them were really struggling. This implies low demand for the product. Tom hops over to the Monthly Sales column, which confirms his suspicion. Some coconut bowl sellers were only moving thirty or so units per month. Yikes. Tom likes to see three hundred or more. “And so, from that perspective alone,” Tom advised his Master FBA student, “I wouldn’t touch this product.”

Instead, look for products where the current top ten sellers have better, more consistent metrics for BSR, Monthly Sales, and Monthly Revenue. You don’t want a situation where, if you’re not in the top three or four sellers of that product, you’re left fighting over the scraps. Who cares if the number one seller is making thirty-five grand a month off that product if everyone else is struggling to make a few hundred bucks?

“I guess what I’m trying to say here,” Tom recaps, “is I wanna see low BSR across the board, I wanna see high revenue, or even medium revenue across the board, and in terms of the reviews, I want to see the lowest amount possible. But the bottom line is this, not enough people are buying coconut bowls on Amazon. That’s really what it comes down to.”

Tom hinted that he, himself, is looking at coming out with a new FBA product in the dog toy niche that may, in fact, be made out of coconut. Will that be his next Sdara Skincare? Another multiple seven figure exit? Time will tell. For now, there’s a little insight into how Tom Wang approaches product research. That’s one of the things that I love about our business model: it’s much easier to find a “winning product.” There’s just nowhere near the level of competition you see on Amazon. Click or tap below. I’ll prove it.