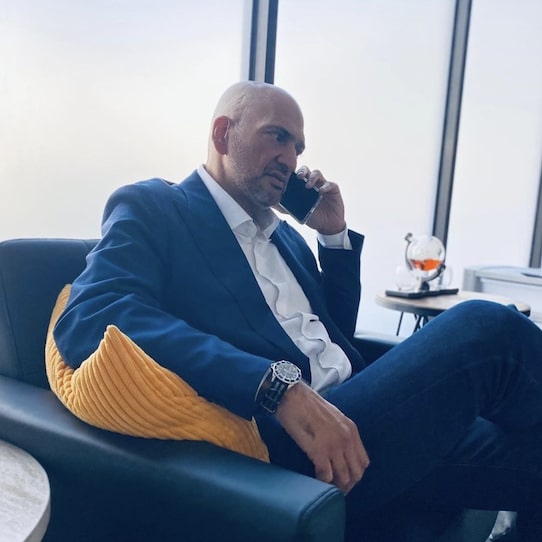 If Teeka Tiwari spots a trend in the investment space, by golly, he’s gonna put together a ninety minute YouTube ad to cash in on it. “There’s no denying the prices of some of these non-fungible tokens are ridiculous,” Teeka says, reading from a teleprompter while wearing his best impromptu face. “Just a few months ago I laughed this concept outta the room. I couldn’t fathom the idea of a cartoon ape selling for six figures.”

“But you know what?” Teeka continues. “I had to eat my words. Because the reality is, all these images that are selling for millions? They’re all a huge distraction from what’s really happening behind the scenes. So let’s forget about the Bored Apes, the CryptoPunks, the Squiggles, and the dozens of other hyped-up art you’ve probably seen on the news. The real story is this: NFT technology will launch the next generation of the internet. And most people still don’t get it.”

“And by the time this story becomes front page news, by the time it seems like common sense? It’ll be too late. And investors who miss this trend? They’re gonna regret it for the rest of their lives. So I did a complete one-eighty with NFTs; I went from skeptic to total believer. It’s okay to make a mistake, to get something wrong, but it is not okay to stay wrong. So I’m telling you right now, saying NFTs are a fad is like saying the internet was a fad back in the early 1990s.”

So yeah, this isn’t a time to be cynical. Say what you want about the JPEGs everyone’s talking about currently, but this next round of NFTs won’t have anything to do with that. Teeka tells how projects like Decentraland and Sandbox, which employ NFTs in the building of virtual worlds (like in the metaverse or whatever), exploded tens of thousands of percent last year. Had you just invested just a grand in each of them, you’d be sitting on about three hundred K right now.

“And I worked on Wall Street for fifteen plus years,” Teeka adds, “and I agree, these types of gains, inside of a year, should not be possible. But when you get into the right, exciting, NFT project early? The impossible becomes possible. And if you’ve ever bought a stock, if you can click a mouse, you can do this. And you know, 2022 didn’t start off too hot for crypto. There was a big selloff of Bitcoin and all the other coins. Yet, NFTs broke records. January 2022 NFT sales were four times what they were in all of 2021. And that’s in the midst of a crypto correction.”

Teeka’s point? NFTs ain’t going anywhere, and they’re even proving to be more stable than the rest of the crypto market. And again, he’s not talking about flipping astronomically-priced JPEGs (unless you want to). Nope, he’s talking about ways of using NFTs you might not have imagined yet. Or, more so, investing in the companies and tech that’s building it all out. Which, if you follow the smart money, that’s where it’s going. Just ask billionaire Mark Cuban. He’s betting big on this space, calling it the holy grail.

Anyways, Teeka’s YouTube infomercial builds to a pitch for his Palm Beach Letter, which you can subscribe to for like forty-nine bucks for year one, but only if you act now of course. There’s all kinds of bonuses and a two month satisfaction guarantee. Here’s my thing. I honestly don’t disagree with anything Teeka’s saying here. And I don’t even mind the offer. It’s just how opportunistic the guy is and all the razzmatazz marketing I’ve seen him use in the past that gets my panties bunched. That’s all.