When Everything Changed For Ravi Abuvala 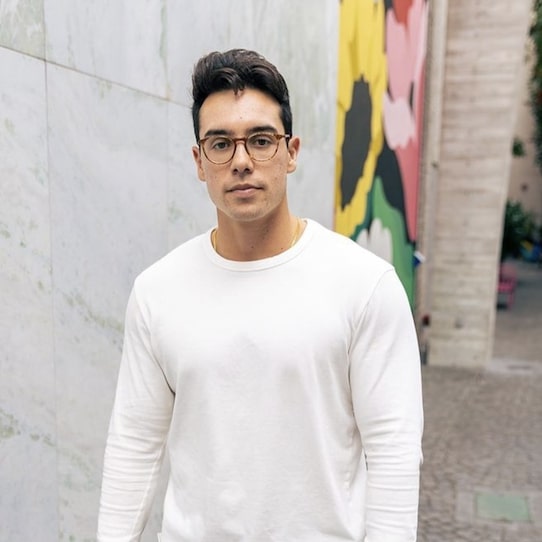 Ravi Abuvala likes selling stuff. Scaling With Systems, Client Acquisition Pack, Remote Integrator, you name it. He’s even got a Scaling Initiative mastermind that costs eighty grand a year. Gross, but that’s what I wanna talk about. See, when those “high-level” marketers fly in to Miami to “mastermind” at Ravi’s condo, you’d think they’d spend all their time on the ninja stuff. Facebook ads targeting, getting your VSL to convert five percent higher. But no. Scroll down.

In reality, the first day is usually spent discussing things like personal routines, staying focused, how to build the biz without sacrificing relationships, how to juggle multiple things, how do you sit in front of the computer all day and not get fat? “It’s funny because even if these people are making a million dollars a month,” Ravi says, “I know they still struggle with this stuff. Time management, right? There’s no such thing as passive income. Especially in the early stages of your business.”

People split their focus. They got an ATM business for a side hustle. They’re dabbling in wholesaling houses. Researching crypto. Looking into one of those Walmart automation stores. All that on top of trying to grow their main business online. “Ya gotta choose one,” Ravi says. “You can’t scale if your attention is diverted. And that’s what I did. I cut off every other business that I had except for Scaling With Systems. Okay? So, return on investment should be seen as time, not money.”

What he’s saying is, instead of pursing all these so-called passive income opportunities, which may or may not make you a little extra on the side, just go all in on your one thing; it’ll make you way more; and you’ll still earn more downtime if you’re smart about how you scale up. The tricky part is, you probably don’t even realize how much money a lack of focus is costing you. Because there’s always a delay, right? You spend an entire week researching Amazon FBA and then, a month later, revenue drops and you can’t figure out why. Ravi calls that the death spiral.

‘Cause what happens is, you incorrectly assume “oh this doesn’t work, my clients hate me, I shouldn’t be in this business, I should jump to the next thing,” right? When in reality, had you just been laser focused, you’d probably be crushing it. And if you’re still not sold on the power of focus, there was that one time Bill Gates and Warren Buffett were being interviewed together and they got asked for their number one success secret, and you know what both billionaires blurted out at the same time? “Focus.”

So stick to one thing, don’t deviate. What else, Ravi? You need feedback loops. I did this, here was the result, now how do I adjust? Always be testing, always be measuring. Next, use activation energy to your advantage. Make bad things hard to do and good things easy (or easier) to do. In other words, if you wanna eat healthier, keep the fridge stocked up with fresh fruit and veggies and stop bringing Doritos home to put in the damn pantry. Now extrapolate that out for your business. Sign outta Gmail, close tabs, silence your phone; make the video outline ahead of time, start the blog post the night before, et cetera.

Oh, and back to health: what kinda shape you in? How can you perform your best if you’re huffing and puffing after walking up some stairs? Or if you’re out for happy hour three nights a week? And how clean’s your office? And what’s the view like? Inspiring or nah? And are there any toxic people you need to cut outta your life? And what tasks are you doing that could be delegated or outsourced? Or just axed altogether? See what he’s saying? Everything changed for Ravi Abuvala when he made focus the focus.