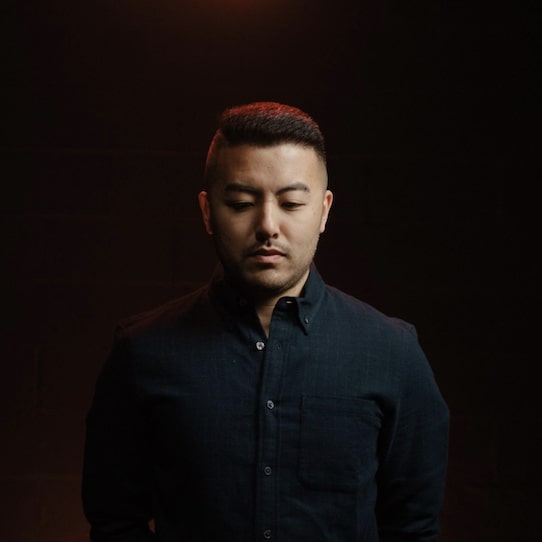 Tom Wang just did the most YouTube thing ever: he “quit” YouTube. That’s what the title and thumbnail of his most recent YouTube video said, anyways. Of course, as soon as you hit play, you realize you’ve been duped. “All right YouTube,” Tom starts out, “I’m gonna have a heart-to-heart with you because I’ve sold my soul to YouTube and I’m getting it back. Over the past few months, my content’s shifted into a lot of these beginner-focused topics.”

“Such as: ‘Is Amazon FBA dead in 2022?’” Tom continues. “A lot of these videos are kind of very clickbait-y, just stuff that I’m honestly not a huge fan of doing. What I really enjoy doing is documenting my journey as an entrepreneur, interviewing people on my podcast or shows and drop golden nuggets on ecommerce and Amazon FBA. That’s what I really enjoy doing. But what I find is it’s kind of a dilemma, right? The advanced stuff that I’ve done in the past, those videos don’t get many views.”

“Because, naturally, there are more beginners out there than advanced people. And beginners love videos like ‘How to find a product to sell on Amazon in five minutes’ or ‘Is Amazon FBA still worth it?’ So this year I wanted to get more views on my channel, so I decided to do more of those videos. But to be honest with you, like I said, I’m sick and tired and done with it. So I’m not quitting YouTube [oh the irony] but I am shifting my content to either vlogs, interviews, or golden nuggets. Or just stuff I enjoy posting.”

“Like, honestly, I don’t care about views anymore because, you know, I look up to people like Graham Stephan, right? He’s a YouTuber by trade. That’s how he makes the majority of his money. That’s how people know him today; is that, by posting all these amazing videos, that get millions of views, he was able to grow this massive YouTube channel. But I’m not a YouTuber. Like, this is not my job. I’m just doing this for fun, out of passion [sure Tom, we believe you].”

“So, I feel like, for me, somewhere along the journey I kind of turned this into like ‘Hey, I need to become a YouTuber, I need to get more views, I need to do this for my channel.’ I even hired a YouTube team, believe it or not. And along that path, I’ve really lost the passion for just creating and documenting and just like authentically speaking to you guys. So that’s just what’s been on my mind and I wanna share that with you. I’ve been through a lot lately in terms of health issues [first Covid, then post-concussion syndrome after a bad fall while snowboarding].”

“And I wanna share the lessons I’ve learned with y’all, but again, I know those videos are not gonna get views. They’re gonna get like a thousand, two thousand views if I’m lucky. But I know if I drop a ‘Is Amazon FBA dead in 2022’ video, it’s gonna get a ton of views. So you see where that dilemma is. But, I think, now having been on both sides, I know which side I like better. So anyways. I just wanted to come on here and share my thinking process and sort of where this channel is going in the future.”

Tom thanks all his “day ones” who’ve been with him from the start, and then the video ends. Okay look, I get what he’s saying. If you wanna compete, you do gotta play the game. And, on YouTube, that includes clickbait titles and content that’s all about the views. But. Tom’s literally saying he’s over it, doesn’t care about views, he’s sick of selling out, right? All fine. Except for the fact that this video was the epitome of “anything for views, bro.” A shocking announcement. Bait-and-switch title/thumbnail. Tom, Tom, Tom. It’s called self-awareness, buddy.