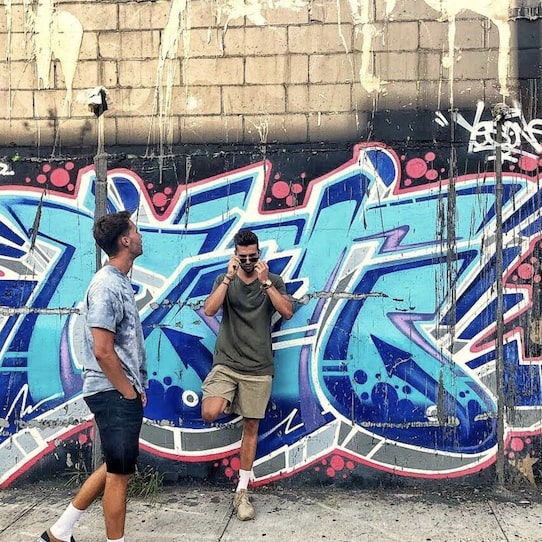 Christian Mikkelsen says, “If you’re trying to make real money online, you need to stop with the drop shipping, Amazon FBA, affiliate marketing, MLM, whatever else people are shouting at you to do right now. Because here’s the thing people need to understand: you aren’t the only person these online biz gurus are trying to sell to. So if a certain online business model is being talked about a lot, then it’s probably extremely competitive, saturated, and void of any opportunity.”

“Even if these gurus can show you results of other people being successful right now, what they won’t show you is the other ninety-nine percent of people who weren’t successful,” Christian continues. “I got started in the world of making money online with something that I’m ninety-nine-point-nine percent sure you’ve never heard of, and I’ll reveal it here in a second. But I started where basically everyone else starts. I tried all the business models people were talking about on YouTube.”

“If you’ve heard about it, chances are, I tried it. With that said, there was one particular online business that I haven’t mentioned yet that did actually work for me, and after seven months of doing it as a complete beginner, it was making me enough to comfortably quit my job as a Chinese food delivery driver, and I’ve never looked back since. Now, unlike what others will tell you about whatever business they’re trying to sell you, this one did require work, it did require commitment, and it wasn’t always easy.”

“But what it was was simple, low risk, and predictable. And that’s what I liked about it. This business model isn’t something anyone showed me; I actually stumbled upon it myself by accident. My first big check from it was in 2018, for over ten thousand dollars. Will the average person make that much from it? No. In fact, the average person probably won’t make a dime doing it since the average person simply won’t take action on what I’m about to show you. But if you’re unlike most people, keep listening.”

The YouTube ad plays on and Christian flashes that 2018 check again, explaining how he gets paid every month from an Amazon sister company called Audible. He says Audible’s the ultimate digital business to start because you don’t need tech skills or experience; that it’s a blue ocean because nobody else is doing it. He can’t guarantee it’ll always stay that way. Sooner or later, the cat’s gonna get outta the bag. But for now, it’s still wide open, waiting for someone like you to come cash in on it, right?

Interested? You’re in luck. The Mikkelsen twins are holding a free webinar that’ll reveal exactly how this new Audible business model works and how to get started right away. Even if you’re a complete beginner who knows nothing. Okay, as far as Rasmus and Christian’s ads go, I’m seeing some improvement. There were a couple of damaging admissions in there: one about it actually requiring a little elbow grease, and another about how the typical person won’t make any money doing it. So kudos for that.

But the rest of it was the same old garbage. It’s actually hilarious; Christian opens saying how, if a biz guru’s shouting about their way of making money online, it’s saturated. Then expects you to ignore the fact that he and Rasmus have been spending millions on YouTube ads the last few years to tell the whole world about this amazing Audible hustle. Then he calls it “new,” but he’s been doing it since 2018. Ay yi yi. The Mikkelsen twins, bless their hearts, are about as smart as a box of hair.