Alex Hormozi: Do These 28 Things To Get Rich 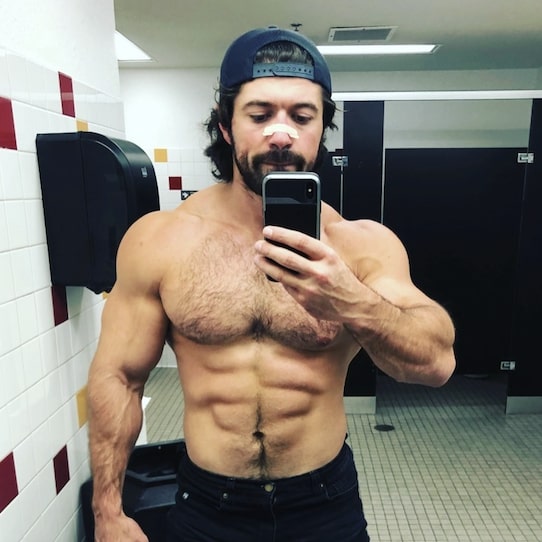 Alex Hormozi owns Acquisition.com alongside his wife, Leila. It’s a portfolio of companies that does over $100 million a year and, as he loves to point out, he’s got nothing to sell ya. Except ads and books and the idea that you should give him equity in your course or coaching biz. Which, maybe you should, but I’m just saying, there’s always something being sold. Regardless, dude’s content is great, and that’s what I wanna focus on today. Read on.

With a little help from his idol, Charlie Munger, here’s what Alex suggests you do to reprogram your mind for wealth. “Start today,” Alex says. “Read books. Do the stuff that’s in the books. Take advice from rich people on how to be rich. Pick a spouse who makes you feel awesome about working. Fail once, try again. Think the world is unfair and act accordingly. Never blame your circumstances; thank your circumstances for making you who you are.”

“Instead of complaining, do something,” Alex continues. “Expect no one to save you except for yourself. Value your opinion over those of other people. Seek out discomfort. Tolerate nothing but excellence. Make promises, keep promises. Wait for the worst conditions, wait for imperfect conditions and act anyways on what you want. Avoid working on the stuff that doesn’t matter. Work on the things that matter most. Ignore the rest.”

“Say you’re going to do something and then do it. Do what no one else is doing. Do your best and make it above what it takes to be successful. Talk less, do more. Start something new today and keep at it until you are good. Do it so long that it would be unreasonable for you to be bad. Don’t believe what other people think about you more than you believe what you think about yourself. Be irreplaceable. Find something that works and don’t stop doing it.”

“Keep doing it until you are bored out of your mind because you are so good at doing that thing that works. Hire smart people. Assume that you are always wrong and be willing to learn. Make money and spend less than you make. And that is the 28 rules of poverty [from Charlie Munger] flipped on its head. And you can take that information and make your own conclusions about where that’ll take you. I love you Mozination, keep being awesome, and I’ll see you in the next video.”

Wise words to live by indeed. What I respect about Alex and Leila is they don’t try to sugarcoat it. Get up and do the work. Make sure you’re improving. Don’t get distracted. Repeat for as long as it takes. Period, the end. Nothing sexy about it. It’s like asking your fittest friend how they got so shredded and they’re all, “Well, ya see, I went to the gym and lifted weights five days a week and did cardio on my off days for five years straight and pretty much ate chicken, broccoli, and rice for 95% of my meals that entire time.”

It’s like deflating and inspiring all at once. On one hand it’s like, “Wow, that’s it? Really? That’s all I gotta do to look like a fitness model myself?” And then, on the other hand, it’s like, “Damn, I was kinda hoping there was like a supplement you were gonna mention that really helped or some kinda special workout that sped everything up. In fact, now that I think about it, that sounds really boring and awful and I’m not sure I could get myself to do that.”