Amazon FBA Wholesale Course? (You Sure About That?) 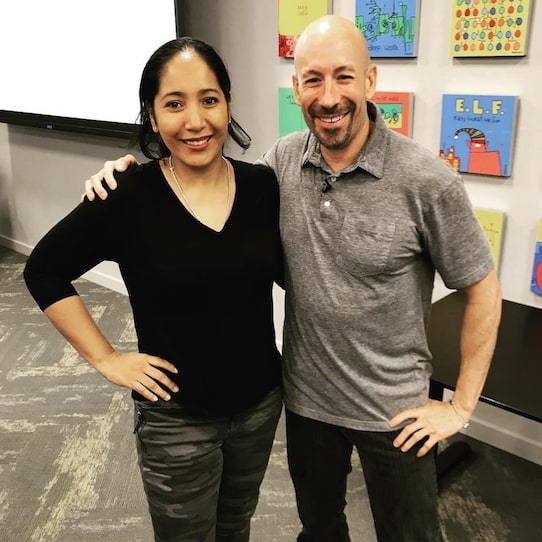 Liz Herrera, aka Hurricane Liz, is a former poker player turned ecom entrepreneur. She started out, years ago, doing retail arbitrage on Amazon. Which basically means she went thrift shopping, marked the items up, and resold them for a small profit on Amazon. Eventually she graduated to wholesaling, partnering with someone who already had the hook up on brand name products. With this, yeah, your margins are even thinner, but it’s more sustainable.

“Let’s talk about the phases of Amazon wholesale FBA,” Liz says. “So once you got tax exemptions, you gotta go into what’s called ungating. That’s where Amazon approves you to sell certain goods on their platform. The easiest category to get ungated in is groceries. Especially if you have a new seller account. Groceries are also great because the sell-through’s really fast. You usually don’t have products that are just sitting there, not selling. But that’s the name of the game in phase one; get ungated.”

“Once you’re ungated, you’re onto phase two,” Liz continues. “Now, with a new account, Amazon only allows you to send in so much product. For example, you might have an inventory limit of 500 units. And that’s all you can send until you prove to them that your sell-through starts to get pretty quick. And there’s some other factors too. You need to start getting some feedback, some reviews from your early customers. So, small orders, fast sell-through, positive feedback, then your inventory limit will get lifted.”

“Phase three? Again, getting those inventory levels up. More of the same. Ship your wholesale products to Amazon, sell out quickly, get good feedback, keep inching up your inventory limit. This should take you about nine months or so. Yes, I said nine months. And this is the biggest mistake I see, is people don’t exercise enough patience. They want instant results. Like I said, though, this isn’t Shopify dropshipping. You won’t make money overnight. But if you build it right, it will stand the test of time.”

Anyways, assuming you can stick it out, after about 9–12 months, you’ll enter phase four. “Now what you do is you wanna widen the number of SKUs that you have,” Liz explains, “and you want to have hundreds and hundreds of SKUs now. You wanna be pouring inventory in. But you still want SKUs that sell-through faster. It’s just your basket of products gets much much bigger. By this time, a year or so in, you might be at $60,000 or so in total revenue, but margins are much thinner, so it’s gonna take some time to get there.”

So jumping through hoops, setting up tax exemptions, finding a reliable wholesale supplier, and being extremely patient; these are all some of the downsides you’ll wanna be aware of if you do, in fact, decide to pursue this business model and invest in an Amazon FBA wholesale course to guide you through it. Another hiccup Liz experienced was, at two separate times, Amazon asked her to reverify some of her store information. She also had some credit card dispute issues that caused a lot of annoying back and forth.

Man, I appreciate Liz’s transparency and I’m impressed by her tenacity. The Hurricane Liz moniker totally makes sense now. I wouldn’t wanna play poker against this chick, that’s for sure. But as far as the business model goes? I don’t see why anyone would wanna do Amazon wholesale. It’s just nonstop delays and headaches and about the time you get ungated and get your inventory levels raised, Amazon will probably ban you for doing something else wrong. Hard pass.