You Do Not Need To Buy Tom Wang’s Course 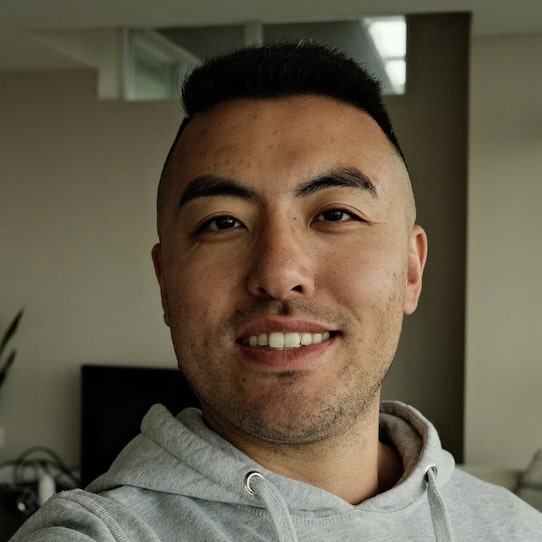 FBA Masterclass is Tom Wang’s “how to make money on Amazon” course, which, even he says you don’t need to buy. “You do not need to purchase any courses in order for you to be successful in anything,” Tom confesses. “Nowadays, information is a commodity. You can access any sort of information from the comfort of your own home, on your iPhone, which I’m assuming you have. The most important part of starting any business? Is to simply get started.”

“A lot of people overanalyze,” Tom continues. “They wanna be 100% sure before they get into something. But I’ll tell you right now, you’re never gonna be 100% sure. Things change so quickly, and the best way to learn something is simply by doing it. I like to use the analogy for starting a business, that it’s very similar to learning how to swim. When you’re a kid, you go into the pool, you put a little life jacket on, maybe we had a swimming instructor, but we didn’t spend hours watching YouTube videos.”

Tom has a point. We didn’t hang out in forums for weeks on end before we hopped on a bike for the first time; or listen to 12 audiobooks just to figure out how to catch a football; most of what we know today was achieved by doing. By jumping in the deep end and just figuring it out. Granted, there’s value in learning from other people’s mistakes, but in general, I think what he means is, today, there’s way too much getting ready to get ready; not enough experimentation.

And yeah, you might swallow some pool water, and panic a bit, and it’ll definitely be a struggle, but you’ll learn a lot more a lot quicker than you would reading a Reddit post about some stranger’s experience with it, am I right? So sure, maybe look up some best practices or whatever, but eventually you know what needs done. “You just gotta get started,” Tom reiterates. “You’ll probably screw up, but that’s okay. You learn from your mistakes and you keep going.”

Tom used this simple philosophy to sell more than $10 million worth of products on Amazon and exit his Sdara Skincare brand for multiple 7-figures. Rewind to 2016, when he got started. He had no clue what he was doing. He thought Amazon was just a place you bought old textbooks from. Super naive. And Tom didn’t buy a course; he just took action and when he got stuck, sure, maybe he did a Google search or watched a YouTube video for the answer, but then it was back to work.

“There’s something to be said about having that mentality, that curiosity mindset,” Tom says, “without expectations. And that is what I’m trying to preach to a lot of folks these days. If you wanna start a side hustle or a small business, just start. Don’t have expectations where you’re trying to make $3 million in three months or $300,000 in the first month or something like that. Just start. Go step by step and see where it takes you.” And if you think you can’t because “it takes money to make money,” think again.

“A lot of people think only if they have $100,000 can they start a business and be successful,” Tom says. “When that could not be further from the truth. The fact of the matter is I can give someone $1 million and they could lose it all. Why? Because they don’t have the skills. So it’s not about how much money you have to launch with, it’s about the skills you’re willing to acquire along the way that’ll dictate your success.” Agreed, but again, Tom’s the king of contradictions, as I literally just saw an ad for his $8,000 course.