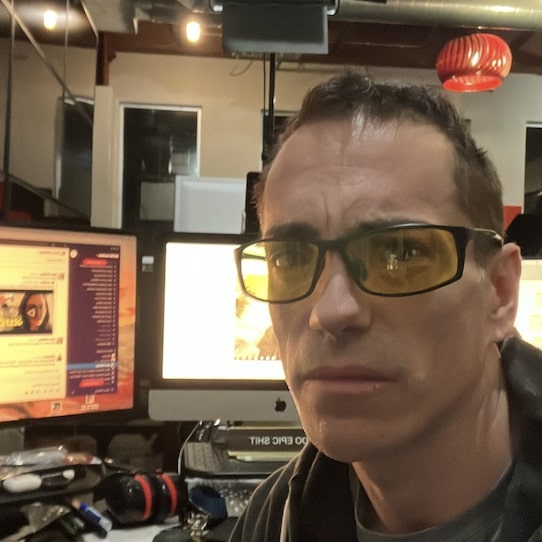 Jeff Lerner thinks, if you want real success, you gotta get extreme. There’s so many people, so many businesses. And quite frankly, there’s not enough room for everyone to be millionaires. So it’s gonna be a small percentage of people that achieve extraordinary results, right? “And those are gonna be the ones that are the most extreme,” Jeff says. “And the most intense. And the most driven. And the most direct. And the most assertive. And the most confident.”

Jeff’s definitely an all or nothing type of guy. He’s known for waking up at 2:30 in the morning to get more done; pursuing crazy fitness goals; and recently, he even removed 150,000 of his own followers on social media. Here’s what he had to say about that: “To anybody that’s trying to build something meaningful in this world, it’s important to take your time, do it the right way, and don’t listen to people that aren’t trying to help. Years ago, I was attacked on Instagram for not having many followers.”

“They basically said I was a loser and nobody’d take me seriously. So I thought, ‘Oh man, I’ve gotta get more followers.’ So I hired someone called a growth hacker. The details don’t matter. Anyway, it’s supposed to help you organically and authentically grow your account, show your content to more people, so you can build a loyal following. Well, I didn’t. I built a garbage following. So I’m basically having to start over. Don’t let that happen to you. Do it the right way.”

It really comes down to one key question: “Do you like things to be easy or do you like them to be hard?” Jeff says. “That is the most important question in life. Here’s why. When we start something, that’s when it’s the hardest, right? We have to do the most to produce the least result when we’re starting anything. So if you’re a person that likes things to be easy, you’ll naturally tend to quit in the very beginning of things because that’s when they’re the hardest.”

“And then if you do, God willing, get something working,” Jeff continues, “a lot of times you’ll stay in it too long because it’s easier and more comfortable to not rock the boat. But if you like hard things, then you will love starting things because that’s when there’s the most work to do and the least payoff. And then as you get them working and things get easier, you’ll constantly be seeking new challenges and how to make them harder so that they grow even faster. Those are the people that win in life.”

My thing with Jeff Lerner is, with most of his Instagram posts and YouTube Shorts, I’m generally nodding my head in agreement with what he’s saying. Even if he does have a tendency to overcomplicate things. But being obsessed and embracing hard work and being patient? These are all things I can get behind. The problems is, when he cuts a YouTube ad and pitches his info products, it’s almost the exact opposite messaging. Millionaire Shortcut this, little-known loophole that, ya know? So which is it, Jeff? Slow and steady or get rich quick?