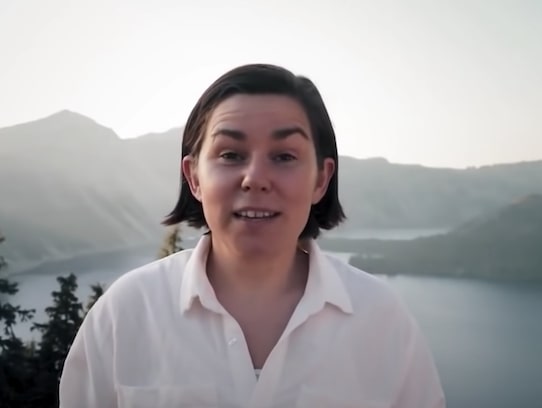 Chelsea went from flat-broke to making a full-time income on Amazon in just four months. Before that, she had tried dropshipping,affiliate marketing, print on demand, she even started her own Shopify store; none of it worked. Luckily, she bumped into The Amazon Selling Queen, Sophie Howard. “She didn’t just get me back on my feet and help me make money quickly,” Chelsea said about Sophie, “she also helped me sell ethically and for the long-term.” Read on for my Blue Sky Amazon review.

After watching that YouTube ad, I was curious. Who is Sophie Howard? Is she as legit as this Chelsea chick makes her sound? Does she even still sell on Amazon? Or did she sell out and go full guru? How much does her Amazon course cost? What are students saying? I did some digging. Here’s what I found. Sophie Howard lives in New Zealand. She runs her Amazon business from home, in as little as thirty minutes a day, when she’s not looking after her two young children.

Sophie Howard does not believe in selling junk; she sells premium products at premium price points. Some of her products have been selling well for years. She sold two of her past Amazon stores: one for six figures, one for seven. She does appear to still walk the walk. Which, unfortunately, is pretty rare in the course selling space. Here’s my question though. How does Sophie find these high profit, low competition, sustainable, “Blue Sky” products?

Well, she uses private labeling with a twist. She digs up uncommon items that can be mass produced and works with a designer to make beautiful labels. Sometimes she’ll increase the value of the item by adding an eBook to bundle with it. Once this is done, Sophie ships everything to Amazon. She lists it, markets it, and Amazon does the rest: packaging, shipping, returns, support. Doesn’t sound half bad once you’re up and running, anyways.

One example Sophie gives is, back in 2017, she found an organic tea she could buy in bulk for about a dollar per unit. After adding her own high-end label and pointing out why the health conscious individual should pay more for this particular tea, she was able to sell it on Amazon for a whopping twenty-two dollars per unit. Textbook case of buy low, sell high, right? Sophie later sold that entire “tea company” for a multiple six figure paycheck. Not bad.

Sophie’s number one criteria is high profit margins. She’s not volume obsessed like so many others who teach Amazon FBA. High volume means high competition and lots of copycats. She wants no part of that. She’d rather fly under the radar, enjoy easy wins, and pocket more with fewer sales. I must say, of all the Amazon courses I’ve reviewed, Sophie’s approach makes the most sense. If I wanted to start an Amazon business, I would study under her. No question.

Not that I do. I’m too spoiled with our “rent little websites” business. It’s faster and easier to get off the ground than launching your own Amazon store. But Sophie’s Blue Sky Amazon Academy seems like a good Plan B. She has plenty of positive reviews and I didn’t see anything that would personally scare me off, other than maybe price. Blue Sky Amazon coaching will cost you at least six to ten grand, says Sophie. Assuming that’s not a deal-breaker, she invites you to book a call with her team.