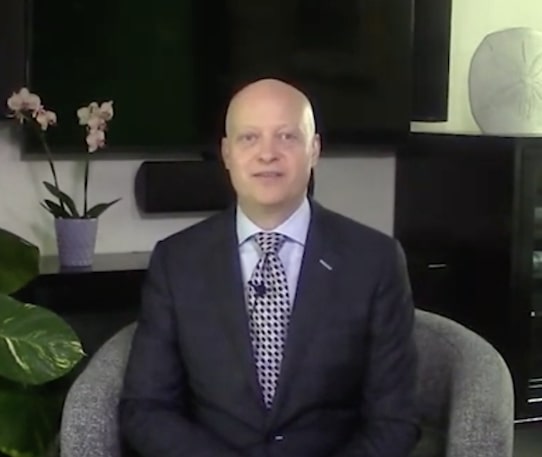 Bob Diamond calls himself America’s Tax Sale Attorney. You’ve probably seen him interrupting your YouTube videos and popping up in your Facebook newsfeed, trying to get you to buy his Overages Blueprint course. It will teach you how to collect real estate overage funds. A business Bob says you can feel good about because you’re taking money owed by the government and giving it back to the people who have undergone foreclosure. The course costs fifteen hundred bucks, or you can do three monthly payments of five-ninety-seven. Scroll down for a new review.

Bob has a great story he just has to share with you. “So Fred McRae is one of our students and he just sent in a picture of himself holding a check,” Bob says. “Look at his smiling face. You know why he’s smiling? Because this business is working amazingly well for him. So he sent a note in with it. Let me read you a couple things from the note. The first question we asked him was what he’s able to do now that he couldn’t do before.”

“The answer: I was able to quit my job and start my own company,” Bob continues, smiling so wide he could eat a banana sideways. “So Fred has quit his job and started his own overages business, and this is what has allowed him to do it. That is so cool. Have you ever dreamed about having your own business that’s profitable and fun and you’re doing good and making a lot of money while you’re dong it?”

“Well, overages can be that business and it certainly is for Fred. Here’s the second question. What was the claimant’s reaction to receiving their portion of the funds? (The claimant is the person who receives the leftover money.) And this is actually really touching. So the claimant had just lost his wife and his mom was sick. He repeatedly thanked me and called me his savior.”

Part of what you do as an Overages Avenger is help people who really have been hurt badly, financially, in life, Bob explains. In this case, the gentleman who lost his house had no idea he was owed any money. So Fred gets the pleasure of helping someone who, in addition to losing his home, had just lost his wife, his mother’s sick, and, thanks to this unexpected influx of cash, the claimant was able to move him and his mother into a new home.

“Think about that,” Bob says. “Fred reached out, got this claimant signed on, went and recovered their money. The claimant was able to move into a new home and move his mom in with him. I mean, think about that. This person had lost their house, had nothing. Had a sick mom, just lost his wife. And because Fred reached out and managed to get them their money back, they got a new home to live in; and Fred makes a bunch of money, moves his business forward.”

Thirty-two grand, specifically, is what Fred made on that deal. The claimant got sixty grand. Not only a win-win, but a beautiful story the way Bob tells it. And yet another case study to prove his overages course is legit. That said, if you want something a bit simpler, that doesn’t take as long to get up and running, learn more about what we do. It’s also a business you can take pride in because you get to help small business owners. Click below.