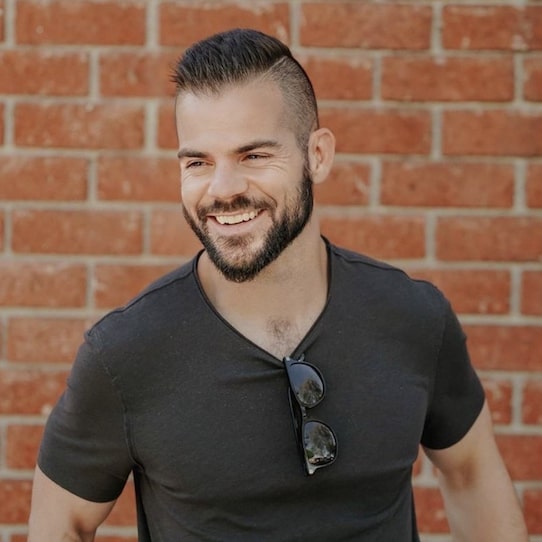 Cole Gordon created Remote Closing Academy to teach other people how to make $20k or more a month doing phone sales for gurus. Recently he made a video deconstructing how one of the OGs in our industry, Russell Brunson, approaches sales. Which might be helpful considering RB’s done close to $400 million on the internet so far. “So here’s the deal,” Cole starts off. “There’s essentially two sales you have to make on every sales call.”

“And on every sales letter, too, if you’re writing copy or some sort of sales presentation,” Cole continues. “Two sales on every sale. There’s a sale on the method and a sale on the product. So let’s take Russell for example. If you look at his 10x Growth Con speech [at Grant Cardone’s cringey event], where he sold a tremendous amount of money, he takes about 80- to 90% of the time talking about funnels. Right? Talking about the method. Why funnels are the easiest, fastest, best way to get customers online.”

“And only 10- to 20% of the presentation is on ClickFunnels. Right? Now why is that? Because if you believe funnels are the easiest, fastest, most effective way to get customers online—if that’s your belief—guess what you do? You probably buy ClickFunnels. And so it makes the sale on the product much easier when you first focus on selling the method. So he spends the bulk of the time not selling you on ClickFunnels, but the idea of funnels being a superior way to get customers online.”

You could think of that first 80- to 90% where you’re pitching the method as marketing, really. Imagine a sales letter for a keto supplement. At least three-fourths of that text is gonna be about how the real reason you can’t lose weight is because of insulin resistance; and by putting your body in a state of ketosis, you reverse that—and so the fat comes off faster than a g-string at a gentleman’s club. Then only the last little bit of the letter would position the supplement as a way to turbocharge the method of ketogenesis, right?

So now thinking about this, when you go to explain your method, you gotta articulate why everything else they’ve tried in the past has failed. And why this time’s gonna be different. So like, if you’re on the phone trying to close someone, and they’re all, “Yeah, well, I’ve tried something similar and it didn’t work, so I’m not convinced this’ll work either,” you haven’t done this properly. You gotta get out in front of this objection and disarm it before it becomes a problem. Does that make sense? Cool.

Now if you’re on the phone with somebody, you need to be preparing for this in that initial information gathering phase. What have you tried in the past? Why do you suppose that didn’t work? Then, depending on what they say, your transition will probably have to set ’em straight. Like, “Oh, you don’t think Facebook ads work anymore because it’s too crowded, got it. Well what if I told you you’re just not charging enough for your course? What if you raised your price from $500 to $5,000? Then do you think they might work?”

See where this is going? Then you could share some case studies to really sell them on the method. Which is, Brah, you don’t have an ads problem, you have an offer problem. And our coaching program [in this hypothetical example] is the only one out there that teaches you how to create an offer that scales with paid ads. Right? So now when they say they’ve bought a Facebook ads course and a YouTube ads coaching program and none of it worked, it’s like, “Well duh. Of course it didn’t; and that’s why you need us.” Damn. That was some sales gravy and I’m over here sopping it like a biscuit.