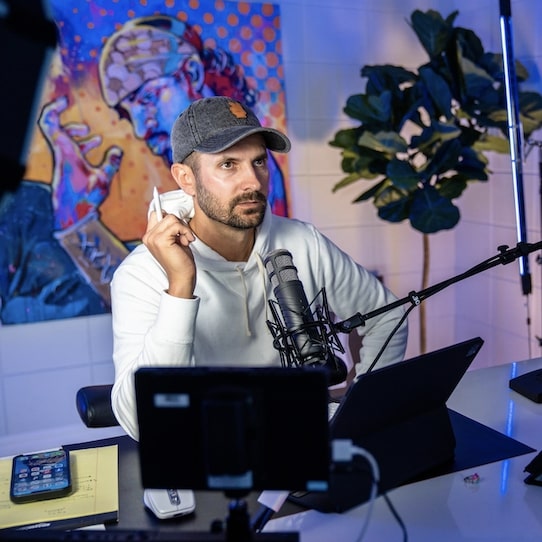 Pace Morby describes his so-called Gator Method as finding ways to take chunks (like a gator taking a big ole bite) of other people’s deals. Whether it’s part of somebody’s assignment, part of the back end of a fix and flip, part of the equity of a deal, part of the cash flow of a deal. You get the idea. When he initially used it himself, it was always about helping wholesalers find buyers and comping deals. Then it was providing earnest money. And it just kept evolving.

You can help out with paperwork. If you’re an agent, you could represent someone on the agent side depending on the state. There’s transactional funding, aka double closing. And the list goes on and on. There are just so many ways you can wiggle your way into a deal, take a sliver for your effort, repeat. This could supplement any deals you’re doing entirely yourself or even become your main thing. From where I’m sitting, it’s similar to being an affiliate as opposed to selling your own product or service.

“Does that make sense?” Pace continues. “So I’ll actually make more money than the lenders because I put a JV agreement together. Now that’s a larger transaction, I get it. A lot of people would be scared of that. But you start small and you work your way up to these kinds of deals. That’s why I encourage everybody to get an LLC, open a line of credit, put yourself in a position where you can participate in bigger deals like this. But yeah, what I just described is sorta like gator wrestling, if you will.”

In the above scenario, Pace didn’t have to find the deal. He didn’t have to run the transaction. He didn’t have to manage a bunch of contractors for nine months straight. Or try to sell the property. Or negotiate with the buyer. None of that stuff. Just had to “wrastle” up some gators. And again, you can monetize it a number of different ways. You could get points. Part of the back end of the flip. Part of the equity. Part of the cash flow. Part of the ownership. Or maybe it’s some sorta hybrid deal, right?

“I understand how to go grab these resources, bring them to the table and structure it properly,” Pace reiterates. “I’m gonna go wrestle these gators, bring them to the table and let them get a chunk while I also negotiate a chunk for myself. I can literally go and get $20- to $30 million dollars in assets this year by literally never having to talk to a seller, never having to bring any of my own money to the table, but just by understanding this Gator Method training that I’m sharing with you guys.”

I’ll give it to Pace. He’s a smooth talker. Genius! Wow, it’s so simple. And I never woulda thought of that, you’re thinking. And then reality kicks in and you’re like, Wait a minute. I’m not Pace Morby. I don’t wear a peace sign hat everywhere I go. I don’t have thousands of Subto students and hundreds of thousands of followers and a TV show on A&E and connections with all the other real estate gurus. And so, yeah, I have no gators to “wrastle.” And you’d be right.