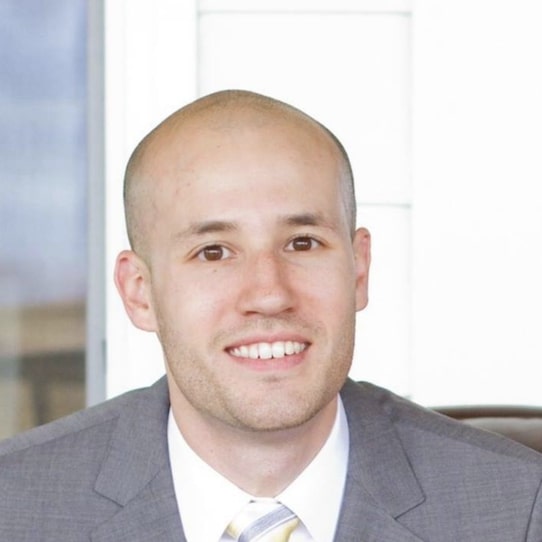 Jordon Richard can show you how to create financial freedom without waiting till you’re 65, being freakishly frugal or buying real estate. Most people today are reliant on three things: hope, stocks going up and a nest egg they will one day live off of (if it’s still there). As a former CPA and financial analyst, that’s not good enough for Jordon. Make a plan, take action, control the outcome, course correct if need be. That’s how he retired at 33.

More specifically, Jordon began trading stock options. If you’re not familiar, options let you control 100 shares of a stock for a small fee. They give you leverage. You control the full value of the asset in exchange for a down payment, basically. But you could get yourself into trouble if you don’t manage risk. Jordon does this by only making high probability trades, risking the right amount per trade, and knowing his numbers inside and out. In other words, treat it like a business, not a casino.

Stack the odds in your favor. If you risk $1 to make $2, you can be wrong two out of three times and still break even. Said differently, if you can do as well as a coin flip, you can make really good money doing this. Jordon aims to grow his trading account by 1% per week. That’s 68% per year. Which, in five years, turns a balance of $100,000 into over $1.3 million. Easily achievable, according to Jordon, if you’re following a proven process. You can get a McDonald’s hamburger anywhere in the world and it tastes the same, right? It’s all because of their process.

What I like about Jordon is he’s not sugarcoating it. He’s showing his losses. They’re part of his plan. In fact, about 48% of the time, he’s actually losing money. But he’s losing about half as much as he makes (on average). So he’s still coming out way ahead. The only criticism I have so far is he says it’s really easy—don’t worry about all the technical stuff—but then he’s showing graphs and mentioning candles and reversals and MACD Patterns and now my eyes are glossing over.

Still, Jordon thinks anyone can learn, especially if you follow The Pareto Principle (also known as The 80/20 Rule), which says most of your results come from just a few of your actions. Focus on those and ignore the rest. When you do this, you’re able to spend less time trading and more time on what matters most. Family, friends, traveling, throwing back some wine, wrestling with anxiety, trying not to get fat—your list might look different than mine, but you get the idea. So what’s it gonna be?

Keep doing what you’re doing? Stick to your 9 to 5. Work hard, pinch pennies, max out your 401(k), pray that inflation doesn’t cripple your buying power, and ride it out for the next few decades. Or try to figure it out yourself. Spend way too many hours and dollars hoping to crack the code. Maybe you will, maybe you won’t. Or you could just book a strategy call with Jordon himself, and he can tell you more about his process—and then, assuming you’re a good fit, invite you to join his Harvest Wealth Academy coaching program.

What’s it cost? He doesn’t say. How much do you need to trade with? He also doesn’t say. That’s annoying but I guess par for the course. Hardly any of these “mentors” list their prices. Not that it would matter for me. Jordon’s cool, I believed everything he said, and it was by far the most wholesome make-money-with-options pitch I’ve ever sat through. But it just doesn’t interest me. I’d rather have a bull gore me with its horns and wear me as a meat hat than stare at charts all day.