How Tai Lopez Bought All Those Lambos 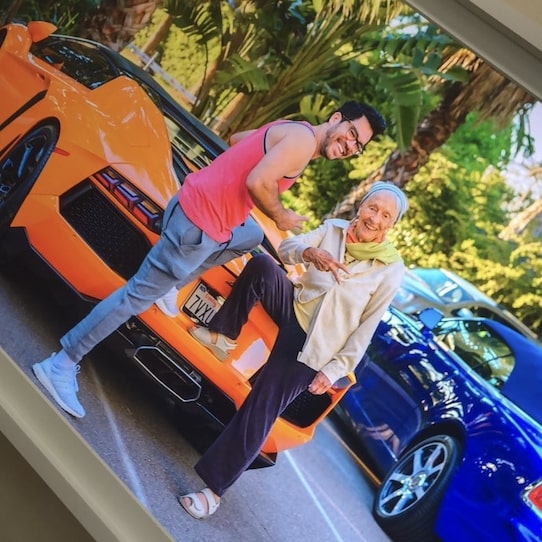 Tai Lopez wants to put $400,000 cash in your bank account in the next 12 months. Enough to cut a check for a Lambo, like he’s done plenty of times, if you so choose. No big social media following necessary. In fact, you don’t even have to be on camera if you don’t wanna be. That said, here’s the three most realistic ways to make supercar money. First and foremost, start some sorta food business. “Food security’s becoming a big deal,” Tai says.

“Look at all the stuff happening in the world,” he continues. “Now there’s all these supply chain issues. You can start out simple. Beef jerky. Look at Krave beef jerky. Guy started it as a college experiment, sold it for a couple hundred million. Epic bars. Quest. I was just with Tom Bilyeu speaking at the NFT conference in Miami. Don’t sleep on the food business. People always are gonna need food, shelter, water. Maslow’s hierarchy of needs. Yeah, it’s saturated, but there’s eight billion people who need to eat.”

“Number two,” Tai says, “I’m gonna go with old school sales. Eighty percent of billionaires started in sales. Mark Cuban, the billionaire, started in sales. What’s Elon Musk? He’s one of the great salespeople of all time. Now I’m not saying he’s only a salesperson. He’s expanded. But if you read between the lines, he understands persuasion. And the way you make money in sales is through story-based persuasion. If you’ve seen my ‘Here in my garage’ video, that was a story. So you need to become a master storyteller.”

And Tai’s got a fun way to do just that: watch more Netflix. He’s not joking. Stick to the award-winning shows and series and watch ’em with purpose. Really try to reverse-engineer what’s going on. Study the dramas and the action movies. Begin to understand how great art moves people because, as a sales rep, that’s your job as well. To move people emotionally. That’s how Austin, who went through Tai’s Business Bodyguard program back in the day, went on to do well over $400,000 a year as a car salesman.

All right Tai, what’s the third way to make Lamborghini money without being an influencer or a guru? “It’s to start an agency,” he explains. “And when I say agency, it’s kinda like consulting. You become a genius at something and you charge businesses. Charge a company that’s making a million bucks five grand a month to do something for ’em. Best thing is marketing. Then you got ecommerce. There’s like a million people using Shopify. None of ’em know what they’re doing. Analytics, APIs, SMS, emails, Facebook ads, et cetera.”

“This works. Like this can put $400,000 in your bank account in the next 12 months. This is realistic. Now, what if you have no skill now? You can learn. Within four months, you can learn a hardcore skill. And that’s what people like me want. I have all these big ecom brands. I wanna find these little ninja geniuses. Or look outside of ecom. Master Google Analytics. Learn TikTok ads. Instagram virality. Think how many restaurants, dentists, lawyers, cosmetic surgeons would pay you for that stuff.”

“Think a doctor who’s 60 years old who’s been doing orthopedic surgeries wants to go learn how to go viral on TikTok? No. Never. Maybe they’ll go on the camera though, if you hold the camera. You can charge an arm and a leg. If you bring high-end customers, you can charge a crazy number. One of my SMMA students, his first client, he had a doctor give him $20,000. He didn’t even have a bank account. This works.” Subscribe to Tai Lopez on YouTube for more insight.