How To Make $100k A Year From Home With No Degree 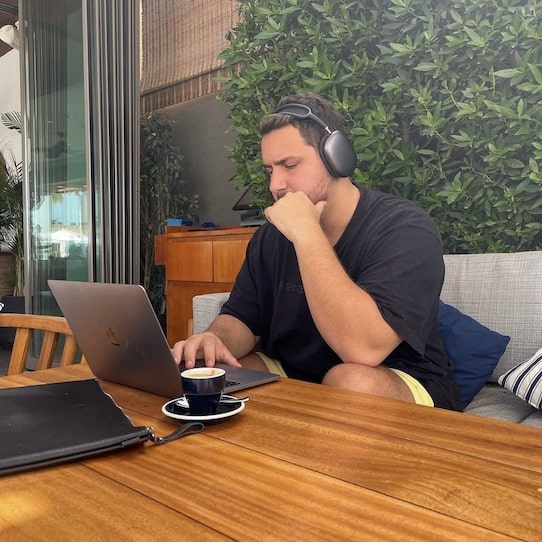 Six figures a year. That was my big audacious goal when I first got online. “If I can make at least $100,000 annually, working from my laptop, I’ll be the happiest person in the world,” I thought. Now I make that several times over. Here’s how. It’s a concept called talent stacking. Where, basically, you combine several things that you’re pretty good (but not great) at, to become more unique and valuable in the marketplace. Scroll down, I’ll explain.

If you try to make big money by being the very best at what you do, that’s honorable and all, but the odds are way way way against you, aren’t they? There’s always someone who’s more talented, who’s willing to work harder, sacrifice more, stick with it longer, right? And the more lucrative the industry, the more cutthroat it gets. But what if there was another way? What if you could make $100k a year from home (or anywhere, really), with no degree, and without being exceptional at anything?

That’s where this idea of talent stacking comes in. It was coined by this guy, Scott Adams, who wrote and illustrated the Dilbert comic strip back in the day. I dunno, it was before my time, but I guess it made him a bunch of money. Now. Was Scott the best drawer, writer, comic, or businessperson out there? Far from it. He admits, he was probably just decent at all of the above. But when he combined all those skills together, he had something fairly unique, something with real commercial value.

My story is similar. Am I a world-class writer? Please. Not even close. Yet, here I am, generating well over $100k a year on the internet, just by writing stuff. Think about that. I make top 1% income without being anywhere near the top 1% of writers skill-wise. How? By layering on lots of other little skills and intangibles. For example, I learned how to set up these plain-looking websites, right? Not everyone knows how to do that. I figured out how to rank stuff in Google. I’m consistent. I go after low-hanging fruit.

You see what I’m saying? When you mix all those ingredients together, you get a mouthwatering income that can be made from home (or the beach or coffee shop or anywhere with WiFi, right?). And, although I believe in hard work, I wouldn’t say I’m killing myself over here. I put in maybe a few hours a day, usually in the morning, and then I go live my life. So all’s I’m saying is, with the right approach, you can be pretty average, not compete all that hard, and earn like a doctor without the MD behind your name.

It’s math, it’s synergy. So why not use talent stacking, strategically, to get ahead? After all, it doesn’t take that long to pick up complimentary skills, especially when you just have to be “good enough” at each one. Like, say you’re a struggling dropshipper. You could watch a YouTube tutorial on how to run a profitable TikTok ad, try that, and potentially turn things around overnight. Then you could do the same for copywriting, conversions, increasing average order value, and just implement what you learn, right?

You might just be so-so at each of those things, individually, but when you add ’em together, it’s enough to propel you to 6-figures. And if not, you keep going. You learn about customer service and referrals and branding and other traffic sources. And you start sprinkling in some of those things as well. You read an article on staying focused, a book on mindset, you listen to a podcast with some guest who did the impossible, and it’s finally enough to push you over the edge. That’s been my experience, anyways.