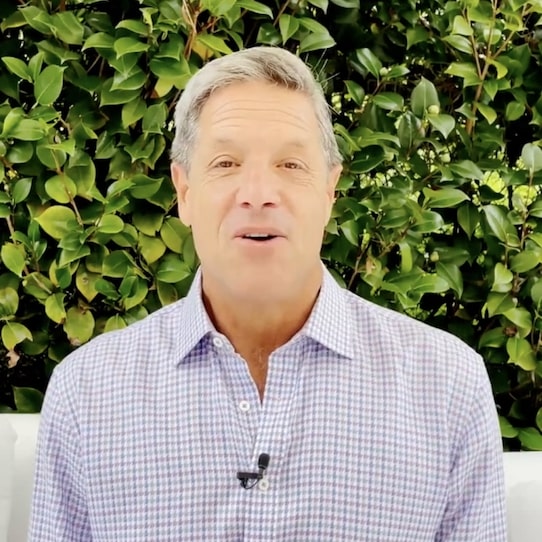 John Assaraf is founder, CEO and chairman of NeuroGym, a company that applies scientifically-proven methods and technologies to help people expand their mental and emotional power to reach their fullest potential. Exercises to rewire your brain for success, basically. Hence the name NeuroGym, right? “In the neuroscience field,” John says, “you have two types of beliefs: explicit and implicit. Explicit beliefs are conscious, simple beliefs. Like I’m able to make more money.”

“Or I’m able to lose weight or I am able to have a great relationship,” John continues. “And I deserve to earn more and be happy. That’s an explicit belief. An implicit belief, on the other hand, is much more deeply-rooted in your brain; specifically your unconscious brain. And there’s a part of your brain called the cerebellum which manages many of your engrained and conditioned motor skills and behaviors. So here is the problem which almost nobody understands, except for you now.”

“If your two types of beliefs are in opposition with each other? Your unconscious one will almost always win and cause you to sabotage your thoughts, behaviors, and more importantly, you will not take action toward your goals and dreams past a day or a week or so. A hidden, disempowering implicit belief can be one that says to yourself basically I’m not good enough. And that’s lurking in your unconscious mind. Or I’m not smart enough. Or I don’t deserve the goals or dreams that I want to achieve.”

I see where he’s going with this. It’s not enough to form powerful, uplifting, explicit beliefs. Not when your implicit beliefs are a hot mess. Someway, somehow, you’ll keep yourself from learning, from networking, from doing what would otherwise get the result you’re after. Back in the day, John had to figure this out for himself and establish coherence—meaning, his conscious and unconscious had to be aligned—before his first business (which was real estate investing) could get off the ground. And then everything he touched turned to gold.

“Let me put a visual in your mind of how this works,” John says. “Pay close attention because this is probably one of the most important lessons you’ll ever learn on what causes some people to achieve their goals and dreams versus other people who just set them and never achieve them. If you have a positive idea in the conscious part of your brain but a negative self-image, that’s gonna cause chaos in your brain. So you have to create an alignment between the two, between explicit and implicit.”

“When you do that, it’s known as neural coherence. That’s the equivalent of an orchestra that’s playing beautiful music in harmony together. But when you have an unbalanced coherence pattern in the brain, guess what you have? You have chaos. And since your unconscious brain is so responsible for your thoughts and emotions and behaviors, you have to create alignment so that what you think, what you feel and how you behave are in harmony with both parts of your brain.” Makes sense, John, but how do we achieve this?

It starts with clarity, so you know exactly what to prime your brain to focus on, he goes on to explain. From there, you need a big enough reason of why you wanna achieve that. Then you use strategies and tactics. What are you gonna do and how are you gonna do it and when are ya gonna get it done by? Last but not least, you have to develop the right beliefs and habits at both levels (explicit and implicit) and actually follow through with them. And with enough reps, you’ll see progress. NeuroGym’s got plenty of courses that can help you with this.