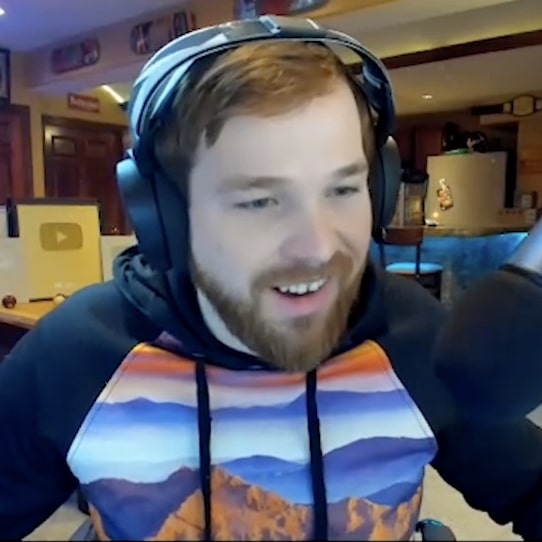 Jordan Mackey is the creator of Bye 9 To 5, a course that teaches you how to scale to $50k per month on YouTube without making any videos yourself. At least, that’s what Jordan’s pulling in from his Passive Channels. And all he’s gotta do is check in on his team, make sure they’re doing their thing. Jordan says he might spend three hours a week, total, on this business. Sound too good to be true? I agree, but let’s hear him out. Read on for my review.

Jordan’s been doing YouTube automation for five plus years, teaching it for over four—longer than anyone else. In fact, many of his competitors today have gone through his course. The Bye 9 To 5 community is now 10,000+ people strong. Hard to believe it’s not saturated, but Jordan promises it isn’t. He’s personally closing in on $2 million in revenue from his nameless, faceless, hands-free YouTube channels; and there’s plenty of room for you to join him.

“Not only is YouTube not saturated,” Jordan argues, “but now is the best time in history to get started on YouTube. Currently, there’s a goldmine of untapped, high CPM niches [meaning you’ll make more money from less views] that are just waiting for you if you know how to find them. Last quarter, YouTube brought in $65 billion in ad revenue. They give creators like myself and my clients 55% of the cut of that ad revenue, which grew by 31% last year and continues to grow year over year.”

“YouTube is only going to pay out creators more and more over time,” he continues, “and the ones that know how to leverage this will reap all the benefits. But what exactly are Passive Channels? There’s two ways to think about it. One is video automation, where you create the videos yourself but use tools and software and systems to speed up the process significantly. Second is channel automation, where you hire a team to do everything for you so your channel runs on autopilot while you earn the profit.”

The advantages of this over trying to be the next, say, Graham Stephan, are pretty obvious. You don’t need to be crazy charismatic and good on camera. You don’t need to be an extrovert. You don’t need to have the whole world up in your business. If you have a day job, your boss isn’t gonna find out about this. You’re not having to plan and script and film and edit videos 16 hours a day like MrBeast. And because you’re not the name or the face or the brand, you’re not limited to what you know—you can just follow the money.

Okay, but what’s it gonna cost you to outsource an entire channel, right? I’m guessing that’s what most people would wanna do. Jordan says it’s not as bad as you might think. Using his system, you can achieve profit margins of anywhere from 50- to 90%. Apparently, he doesn’t use Fiverr or Upwork; he hires overseas contractors who crank out quality work for pennies on the dollar. Not sure where he’s finding these unicorn VAs—last time I hired a Filipino, let’s just say I got what I paid for.

Nevertheless, Jordan’s adamant you can outsource this stuff for dirt cheap and somehow get back viral videos that’ll go on to make ya a bunch of passive income. I’m torn. I don’t get the feeling that he’s trying to mislead us in any way, and he does have some decent testimonials, so I tend to believe what he’s saying. On the other hand, I’ve never had good luck with outsourcing; and if these overseas VAs are so good at making these types of videos, why would they work for you for $5 an hour when they could just upload the videos to YouTube themselves and make tens of thousands of dollars a month?